SAN ANGELO, TX — The first game warden ever may have been the good sheriff of Nottingham. As the 15th Century legend goes, his duties were fairly simple. He was tasked with looking after the king’s deer, specifically keeping outlaws like Robin Hood and his merry men from poaching.

Since the days of Robin Hood, one would expect job descriptions of game wardens and individuals who enforce wildlife rules to have changed; they really have in Texas.

She is one of a growing number of female and Hispanic game wardens in Texas. The total Texas Warden force now numbers 0ver 500 individuals.

“Her ability to deal with typical game warden situations along with issues involving language and cultural challenges is invaluable.

I recall a situation when I detained a group of nine individuals who spook only Spanish and I soon realized that I needed Cyndi to translate. She came to my rescue and before long and with help from the border patrol, who actually has jurisdiction over immigration, we resolved the situation.” said Seamands.

Reflecting back on her 12 years as a warden, Cyndi says she has found a rewarding career one where she can use her skill sets to the maximum. 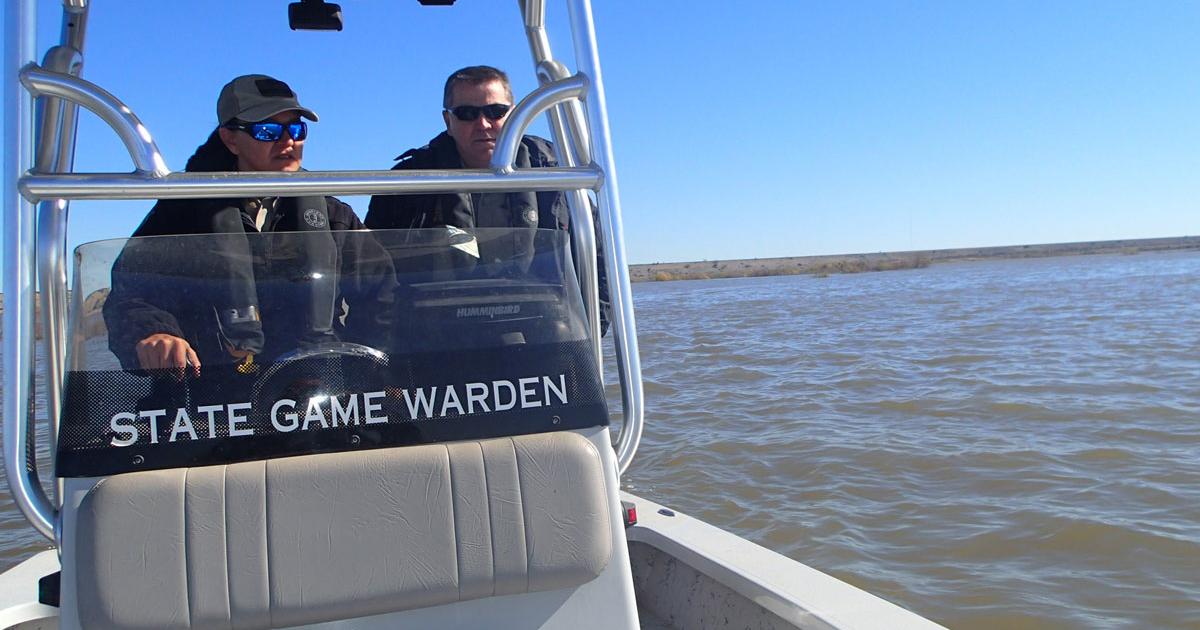 Her tenure has involved some under cover assignments in South Texas, where according to Flores she has become a “Top Hand” for the TPWD force.

Flores began his Wildlife Department career in 1985 and recently retired as a coronal and leader of the entire force of Texas game wardens.

He says that priorities of wardens have changed since he was first assigned to duties on the upper Texas gulf coast, but the basic principals of being mobile and able to respond to various situations has remained the same.

Flores is quick to point out that warden’s assigned duties are not specifically mandated to chase and arrest smugglers, but in the course of upholding game, fish and water safety rules their “outside” duties often cross penal code violators engaged in actives which endanger the safety of Texans.

For instance, he explains, “When we receive a call from ranchers in South Texas that a fence has been cut the trail may lead to game poachers or often something more sinister”.

According to a recent census count, the Texas Hispanic citizen count now exceeds 50 per cent of the state’s total population.

Flores feels that bi-lingual speaking game wardens are important. From a cultural and communications standpoint speaking Spanish is important for all Texans, whether they’re game wardens or business people.

Flores said that game warder work is riddled with danger. “The trick to going home safe each day is through “quality training”, he said. Flores, during is career, has lost three wardens during the course of duty.

Augillar has faced numerous dangerous situations, but she is most concerned when making a traffic stop at night in an isolated setting. “You never know what’s inside the vehicle. That’s why we spend countless hours training for this type scenario,” she added.

Wardens are expected to respond to natural disasters across Texas. At a moment notice they can be assisting responders in the event of hurricanes or flooding situations across the state. Augillar has just returned to San Angelo from a hurricane Harvey assignment.

The Texas Parks and Wildlife Department recently awarded the Medal of Valor award to one its wardens in west Texas.

After being called for backup in a civil dispute, TPWD Game Warden Jacob Crumpton of Concho County put himself in the line of fire as he came to aid County Sheriff Richard Doan after he was wounded by a killer who had already fatally shot two people.

Competing with criminals in south and west Texas requires wardens to possess the latest in equipment and technology, from patrolling the vast expanses of the Texas Intercostal channel system to surveillance along the Rio Grande advanced technology is required.

Funding for specialized equipment primarily comes from the Texas Legislature, but recently the Department of Homeland Security funded a “go fast” patrol boat for wardens who pursue traffickers along the Texas Gulf. As Flores says, we’re all in this together.

The seven-month long Game Warden Academy exposes cadets to a structured and disciplined environment that runs at a quick pace, both academically and physically.