OPINION — Just in case you missed it, Colorado had its first, possibly annual, ‘MeatOut Day’ back in March. In late February governor Jared Polis issued a formal, official gubmint proclamation that Saturday, March 20 would be a good day to go veggie. He encouraged Coloradoans to give up meat for the day to help save the environment from cow flatulence and make themselves healthier by eating meat alternatives. And Coloradoans, bless their hearts, resoundingly ignored him.

Matter of fact, the beef producers of the state thumbed their collective noses at Polis by countering his MeatOut with a MeatIn. Businesses offered free hamburgers, butchers gave away free meat, and ranchers spent the day passing out literature to educate the general public with the facts about the beef industry. It’s estimated that more meat was consumed on that day than in a normal month.

So that probably could’ve gone better, but at least Polis only asked Coloradoans to give up meat for a day. There’s a group that calls itself ‘No Meat May’ that encourages people to stop eating meat for an entire month, and not one of those wimpy 30-day months, either. All 31 days of May. They claim that if we all go veggie we can save the planet from climate change and end toxic masculinity. I’m a little vague on how that works, but you’re welcome to check with Ryan Alexander, one of the group’s co-founders. He claims that eating meat causes cancer, heart disease, obesity, and reduced life expectancy, not to mention the heartbreak of psoriasis and chronic halitosis. So there’s that.

No Meat May surveyed 1,000 men recently, to see what kind of support they could expect. Of those asked, 79% said they would not give up eating meat to solve the climate crisis, and 73% said they would rather lose ten years of their lives than stop eating meat. I’m thinking Ryan didn’t get the results he was looking for, but to be fair, his claims are a little exaggerated. OK, a lot exaggerated.

Actually, scientists suggest some pretty significant health benefits to eating meat, such as reduced appetite, increased metabolism, retention of muscle mass, stronger bones, and better iron absorption. Increased toxic masculinity wasn’t measured, but I’m sure it was in there someplace. And to be clear, even if eating meat did knock ten years off your life, it wouldn’t come out of the middle. So there’s that.

But the beef industry has had its ups and downs over the years. During the early 1900s a fellow named Charles ‘Buffalo’ Jones introduced a small herd of bison into the area north of Grand Canyon in Arizona. He was hoping they would breed with his cattle, but that didn’t work out. They did, however, breed with each other, and the herd has grown to more than 500 head. And now they’re causing problems, and need to be thinned out. They’re destroying the vegetation, damaging archaeological sites, and ruining the water supply. Bummer.

The Arizona parks & wildlife folks have been trapping some of them and hauling them off to other places, but that isn’t doing the job. Hunting outside the park thins the herd a little every year, but not much. The bison have figured out that no one shoots at them if they stay in Grand Canyon National Park. Bison may be dumb, but they’re not that dumb. So the National Park Service has finally decided to issue a dozen permits for hunters to shoot one bison each, inside the park. There was a 48-hour window for applications a couple of weeks ago, and more than 45,000 people applied. The twelve selected to hunt this fall have to be physically fit and pass a marksmanship test. I’d call it the Billy Dixon test, but they didn’t ask me. The hunters will have to be in good shape, because the bison are in an area where motorized vehicles, horses, and other pack animals are not allowed. Those rules will stay in place for the hunts, so the shooters will have to pack their bison out on foot. And these critters weigh about a ton each on the hoof.

The elevation is about 8,000 feet, so the air is pretty thin, and it’s likely to snow during some of the hunts. So there’s that. Arizona parks people say they want to thin the herd to about 200, which is going to be pretty tough, issuing only a dozen permits per year. It’s like trying to empty a bathtub using a thimble. Math is not my forte, but I’m thinking that if you want to cull 300 bison, at twelve per year you won’t get the job done until approximately never. Or sometime after that. Of course, the bunny huggers have got their polyester panties in a wad over the whole deal. They don’t want anyone to shoot the bison. But because of the damage they’re causing, the critters are going to have to be controlled, one way or another. Plus no one cares what the bunny huggers think. Personally, I didn’t apply for a bison tag. My freezer isn’t that big, and it’s already full of beef. Which reminds me; today is VegOut Day. I just declared it. I think I’ll go grill a ribeye. Got to keep my toxic masculinity levels up . . .

Kendal Hemphill is an outdoor humor columnist and minister who went to college at Harding University, home of the bisons. Write to him at [email protected]

Great opinion piece Mr. Hemphill! I enjoyed a wonderful ribeye steak yesterday with some collards and a bit of baked potato! 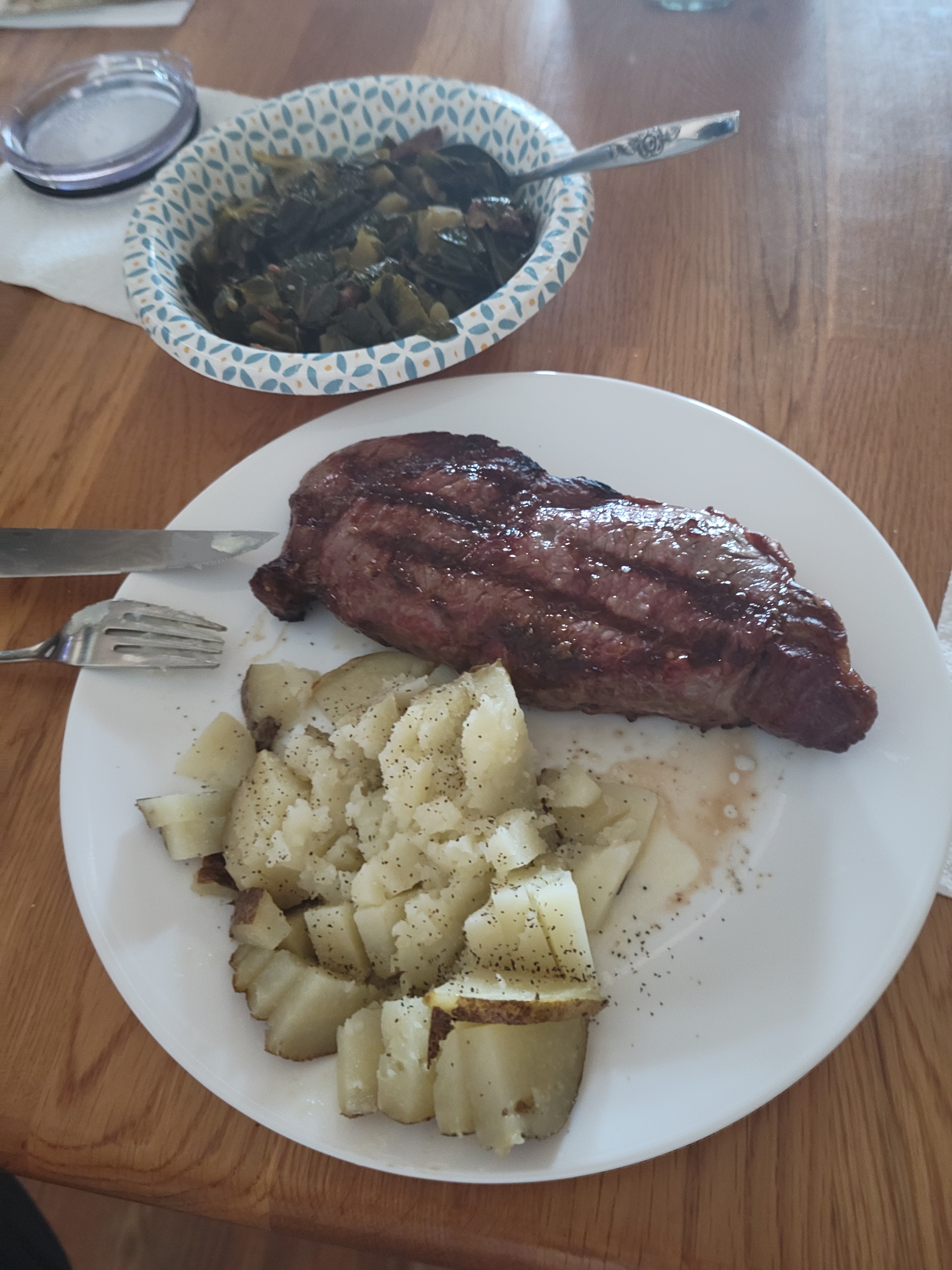 Maybe you need to increase your protein intake. I recommend a ribeye.