Shakey’s Pizza, formerly at 20 Howard St., the intersection of Sherwood Way and Howard, was regarded by San Angeloans who remember it as the best pizza that has ever graced the Concho Valley.

According to the official chain’s website, Shakey’s began in 1954 when the owner, Sherwood “Shakey” Johnson, opened the first Shakey’s pizza parlor in Sacramento California. Then known as “Ye Public House,” the parlor offered pizza and beer along with live swing and jazz music.

Eventually the Shakey name became popular, as did the tagline, “World’s Greatest Pizza.” The establishment ultimately changed the name to Shakey’s Pizza Parlor, which is a name that strikes the heartstrings of many San Angelo residents.

Shakey’s Pizza in San Angelo opened in the 1960s and was the most popular place for San Angeloans to flock to for pizza. Unfortunately, the parlor closed in the late 1990s, but longtime residents have certainly not forgotten it.

Many on the page have posted their memories of Shakey’s. Stories of birthday parties, family dinners, and of course, stories about Shakey’s storied pizza and Rojos, flood the page.

Matthew Jost, a former Shakey's patron, even discusses plans of making a road trip to a "state with a Shakey's." According to Jost, the "Mad Mike" pizza that was on the menu in San Angelo was not featured at a Shakey's he once visited in California.

Robert Baxter, another member of the Facebook group, explained that the "Mad Mike" was unique to the San Angelo establishment and was named after an employee who created it. Unfortunately, that employee, Mike Rowden, passed away some time ago; however, his legacy remains in tact with those who remember the "Mad Mike."

Another user, Michelle Vu, noted that she actually met her husband there. Vu remembered that everyone “loved the food” and that “it was always great after a football game.”

It seems that Central High School alums have a particular fondness for Shakey’s. Shay Galvan, a CHS alumni, loved going there during lunchtime for “Brunch-o-lunch,” Shakey’s buffet. It is said that the Shakey’s parking lot was a free-for-all during lunch as dozens of San Angeloans flocked to the establishment to enjoy the all you-can-eat pizza buffet.

But what made the Shakey's the go-to place for pizza in San Angelo? In most patron's eyes, it was the simplicity and the integrity of the ingredients that made their food so memorable.

Shakey's featured build-your-own pizzas that guests could either order with pan or thin crust and customize their toppings. Hungry customers could get anything from traditional pepperoni, to fresh green peppers, or more adventurous toppings like pineapple and shrimp.

Shakey's favorites also included their "San Angelo Special", topped with beef and jalapeno, and the "Shakey's Special," which was their version of a supreme pizza.

But Shakey's didn't just offer pizza. In fact, most folks you talk to will probably remember Shakey's famous Rojos (fried potatoes). Most of the comments on the Shakey's Pizza Parlor Gang Facebook page pays homage to Shakey's Rojos, and while many San Angelo business have attempted to recreate the original recipe, there is simply nothing like the original Rojo. 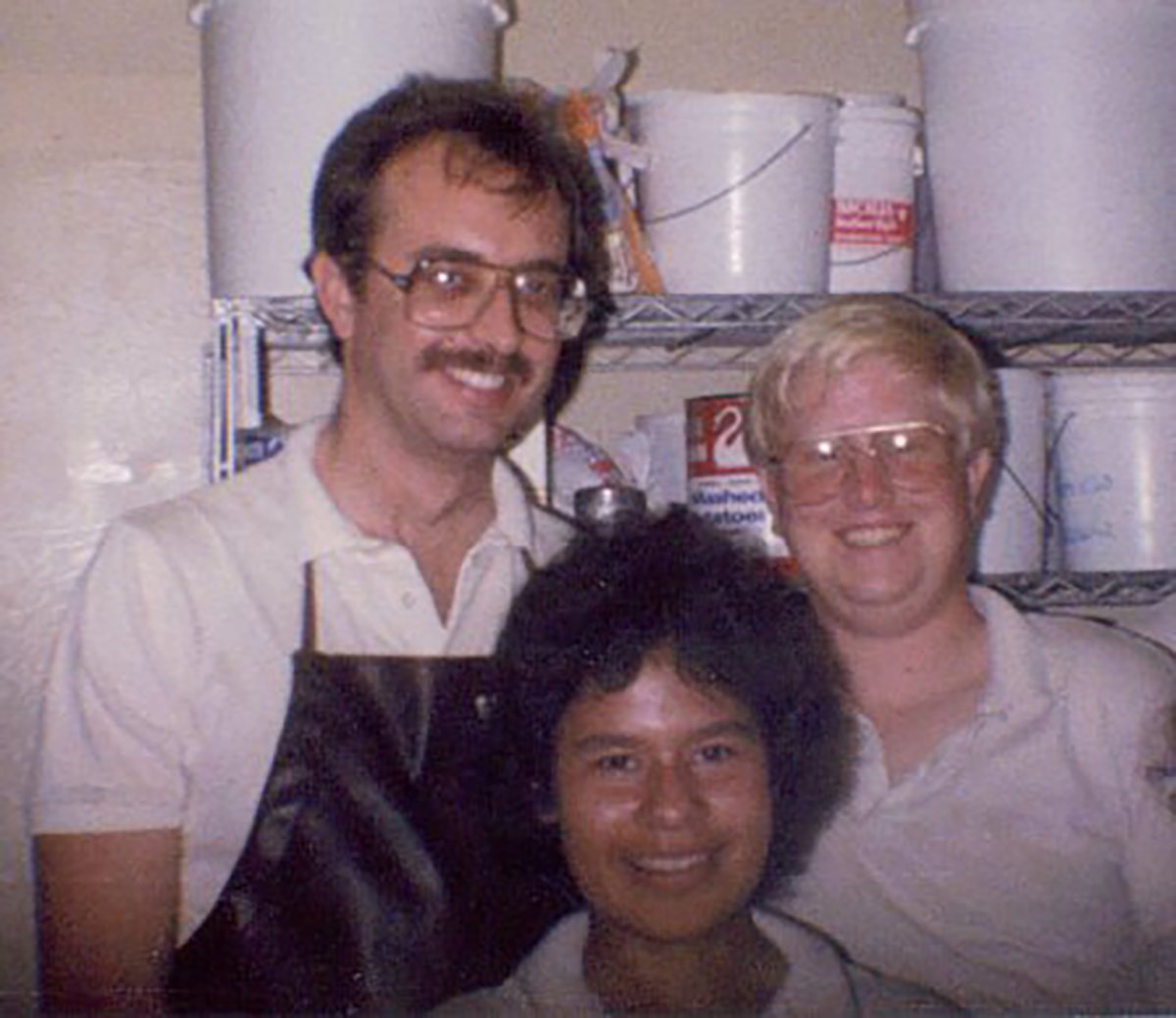 “I loved going in there on a hot day, and I especially remember the cartoons they would play. You could also watch them make pizza. There would be kids lined up just watching the employees make their pizzas.”

On top of that, Shakey's had a sensational arcade for its day, and boasted live music in its earlier days that was later replaced with a self-playing piano. All in all, Shakey's Pizza was a place for families and friends to gather 'round the table, enjoy great food, great company, and a great atmosphere, and since its closing, no other restaurant has been able to take its place.

Although there have been rumors of reviving Shakey’s Pizza in San Angelo, there are no concrete plans to do so at this time. However, if you find yourself craving the old Shakey’s flavor, there are sixty establishments across the country. The closest Shakey’s Pizza to San Angelo is in Auburn, Alabama, but there are also several locations in California and as far south as Tlapaln, Mexico. You can visit their website at: www.shakeys.com.

My First Job (With a W2 anyway)

I got my first job there when I was 14 through the Summer Jobs for Youth Program. I was a busboy, but when things were slow we would prep the chicken, cut potatoes for rojos, and wash dishes. We used to take the larger potatoes cut them long ways, carve out a little rojo man, fry him up, and throw him in a basket of rojos as a little surprise. I don't think anyone ever complained :) Lots of memories from that place. That is cool that the door is still around. Even I would like to own that.

Maybe 1966? I had never heard of a pizza. Someone told me it's like a meat pie. My lord! Who would eat a meat pie? But we went and I tried it, and now who doesn't love eating meat pies! Truly a San Angelo favorite.

People have to remember pizza in the '60s was a new, exciting experience. I have a uncle who, when discussing the new pizza craze in the early 1960's, commented, "I don't know who would want to eat that mess!" He couldn't have been more wrong.

I remember drinking of my first pitcher beers there (I was 15 at the time) and I think "Jalapeno" Sam Lewis played the piano and sang. They had long wooden benches then and everybody sat on top of each other. Later, I remember John Dean, the owner, throwing people out for eating off other people's plates at the all you can cram in your face buffet. He was something else. And, yes, the taters were fabulous. My fav was the San Angelo Special.

Glad I decided to look at some older stories

Thanks back Jennifer Gonzales! Just to follow up, yes, a couple of buddies and myself made the trip to San Diego with the main objective being to eat Shakey's Pizza in 2011. It was the second time I've been to a Shakey's since they left San Angelo, the first being in 2006 around the Los Angeles area.

I must say that it still was very good pizza. The fried chicken and rojo (now called mojo potatoes) were delicious as well. I remember the cashier in San Diego looking at the three of us just saying "You guys aren't from around here." I guess they don't typically get adults that have the excitement of a 5 year old there. The Los Angeles one did not have a great arcade, but the San Diego location had a great one. I'd be willing to bet that between the three of us we spent over $100 on tokens. We even got some pretty cool prizes (I got a light saber!). The decor was pretty different from the San Angelo location at the both of them. The Los Angeles location felt more like an old Pizza Hut with an open floor, dark lighting, and a old CRT television in the corner. The San Diego one felt more like the Mr. Ghatti's family room, but with flat screen HDTV's on the wall.

Anyway, if anyone is considering going to a Shakey's out of state, go for it. You will have a blast and hleave with a bad case of nostalgia.

I worked @ Shakeys Jr on College Hills. One of the best jobs I ever had, everybody enjoyed their jobs and Mgt was the best. John Dean was a Great Boss.!

Loved spending all my money in the game room and eating the lunch buffet while going to Central from '82-3!!!!!

in Coronavirus: All Grocery Stores Must Keep Less Than 100 People Inside At All Times