OPINION — On Saturday we will gather to say goodbye to a great gentleman, Robert Daniel Housley.

It is a loss that will be felt by the whole community.

It’s impossible to guess how many people loved him. There isn’t a count of how many lives he improved. But there is no doubt that when they coined the term “Pillar of Society," they had men like Bob Housley in mind.

You may not have known Bob, but it’s almost a certainty that some organization, small business, or person that you do know was fostered by Bob behind the scenes in his very quiet way.

He never met a stranger, so if you ever ran into Bob, he no doubt greeted you with enthusiasm, warmth, and a sincere interest in how you were doing. He was proof that nice guys can finish first.

Born August 21, 1939, in Carlisle, Arkansas to Nettie and Harold Housley, Bob was the second of six children. He was raised on a Rice and Soybean farm.

He attended Valleyview High School there, where, despite being 5’ 8”, he played on the State Champion basketball team.

When he was 16 years old and riding down the road, looking out a farm truck window, Bob spotted the love of his life. He wasn’t the first of “those Valleyview boys” to try to date the local grocer’s beautiful daughter. Even at 15 years of age Miss Mona Saunders knew her own mind and wasn’t afraid to speak it. Very few of her suitors ever earned a first date, almost none of them a second. But from the day when he asked to join her….and her sister…and her cousin…to the roller skating rink, it was obvious that young Bob Housley was different. He and Mona were meant to be, and it was soon as clear to her as it was to him. 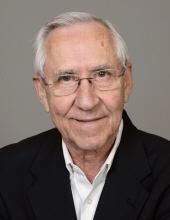 His personal hero was an older cousin who had joined the U.S. Air Force and Bob was determined that someday he too would fly. He earned his pilot’s license at 17. Aviation was a deep passion that never left him and he held his certification the rest of his life.

At 18 Bob served in the National Guard and was one of the soldiers assigned to stand guard during the 1957 Integration Crises at Central High School in Little Rock.

He was 19 when he and Mona were married, cementing a bond that endured over six decades through all the triumphs and tragedies life had in store.

In 1962 Bob went to work for Texas International Airlines. He served as the station manager at seven different airports located in Arkansas, Louisiana and Texas. While stationed at Fort Polk, Louisiana, he and Mona met many of the young soldiers on their way to Viet Nam. While working in Austin he often hosted First Lady, Ladybird Johnson, who liked to fly commercial when possible, waiting for her flight in his office. During this time he and Mona welcomed their two children: Cindee and Kevin.

In 1976 he was transferred to the town he would forever consider his home, San Angelo.

In 1980, Bob was lured out of his comfortable position and hired to try to save a struggling construction company. It was too far gone, but it was there he learned about “drops”: burying short cable runs, for phone utilities. He was confident an opportunity was there.

At 41 years of age, with Mona working as a realtor to support their family in the interim, Bob launched Housley Communications. He hired a few employees and bought 5 small trenching machines, and from this humble beginning the company has grown to be recognized around the world for excellence in the telecommunications industry. Today the firm employs 252 people, and in October celebrated 40 years in business. Their projects have included redoing the entire telephone infrastructure in Mexico in the 80’s, to a multi-year project in Johannesburg, South Africa. Currently the business works mostly in the U.S. with projects active in five different states.

As soon as he was able, Bob bought a plane. He owned several through the years. He not only flew himself but also employed a pilot. He used the planes for business as well as fun. He also used the planes to help. When he learned of someone that had an emergency or a need, he would discreetly “send the plane” for them.

Bob was a lifelong Methodist, he studied the Bible daily, was baptized as a youth and rededicated himself in recent years. He was a member of the Kiwanis. He was an ardent supporter of numerous charities, including the Lighthouse for the Blind and West Texas Rehab, as well as serving many years as a Board Trustee for Angelo State University and First Financial Bank. All the while, he helped many, many people in times of need. An untold number of small businesses were able to survive thanks to timely, discreet help from Bob.

He was extremely vigilant about his health and fitness. This was not because of any vanity, but because he felt it was his responsibility to be around to take care of others as long as he possibly could. Recently he reached a personal goal: he was able to do 80 pushups, one for every year of his life.

He was a businessman, philanthropist, husband and father. But to his grandchildren and great grandchildren he was “Boppa.” This was the title that he was most proud.

In 2008, Bob and Mona’s son Kevin, who served as Vice President of Housley Communications, died after a three-year battle with cancer. Since then, not a moment had passed that Bob wasn’t grieving in his heart. He loved to exchange funny stories about Kevin, and his fatherly pride beamed, totally undiminished. So today what seems to be providing solace to many of us mourning our loss of Bob is the knowledge that there has been a wonderful reunion. Mona summed it up best, “Can you imagine all the talking they have been doing …and all the laughing?”

A memorial will be held Saturday at 2 p.m. at Sierra Vista United Methodist Church. A live stream will be available on the church’s web site.

Eds. note: Stephen McLaughlin is a close friend of the Housley family and we asked him to write an extended piece about the contributions of his friend and mentor for the wider San Angelo area audience. We believe by honoring the contributions of those who pass on before us motivates those of us still here to be great stewards of our community.