OPINION — Lately it seems like just about everybody has a grievance. You can’t sling a cat without hitting someone who’s offended, although I have to admit that if someone hit me with a cat I probably wouldn’t like it. No doubt I’ve just offended some of the whiners because I used the expression ‘sling a cat.’ No animals were harmed during the writing of that sentence, but no harm is actually required these days, since damaged feelings are just as important as actual damage.

When I was a kid it was different. When my brother did something I didn’t like, which was often, and I complained to my dad, he’d ask me where I was bleeding. If I wasn’t bleeding, I had no reason to complain. Pretty clear. No harm, no foul. Your feelings are hurt? Here’s a dime, call everyone who cares. If you have anything else to say about it, this would be a good time to keep it to yourself. 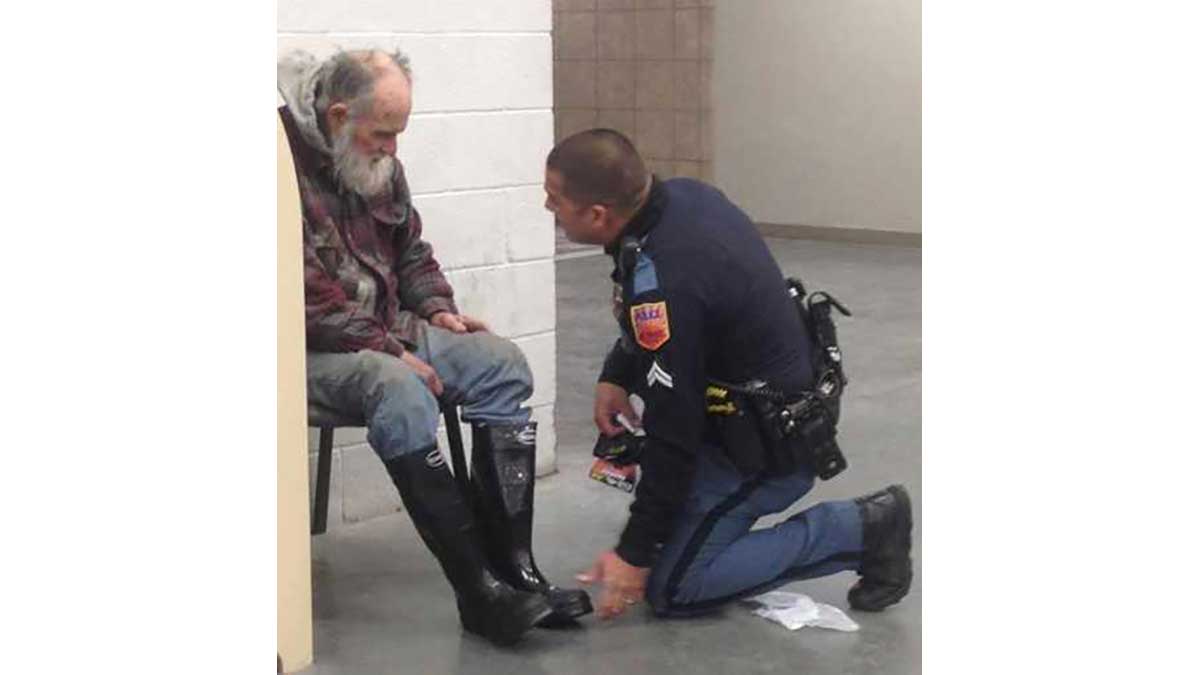 Above: Police in action.

In other words, grow up. Life doesn’t revolve around you. Whine in one hand and spit in the other, and see which one fills up quickest. I learned not to complain unless I had something to complain about. And if I sniveled without a cause, one would be provided for me, at no extra charge. Put your big boy britches on and suck it up, buttercup. One of my dad’s favorite sayings was, ‘You can get glad in the same britches you got mad in.’

Probably grounds for a CPS visit today, what with parents reading way too many books about parenting written by psychologists who never had kids. Child rearing meant something different half a century ago, and it was accomplished with a boot. Dad was a math teacher for a while, and he had a paddle in his office. It said ‘Board of Education’ on it, and was signed by everyone he’d used it on. It was pretty well covered up with signatures. One of those was Tom Loeffler’s. He later became a U.S. congressman.

When Dad became our high school’s guidance counselor he quit busting backsides. Well, except for mine. If I got a whooping at school, I got another one when Dad got home. I learned to straighten up. It took a while, but I learned. Maybe that’s what we need today. Look around the country at the rioting and looting, and you’ll probably see a bunch of young adults who were punished with timeouts and tongue-lashings. It didn’t work. Kids who don’t get busted by their parents become adults who get busted by the police. The prisons are full of them. Or were, until a lot of them were released recently so they wouldn’t get sick.

Now, I realize a lot of folks disagree with me, and claim kids shouldn’t have their derrieres warmed up. They say it causes a cycle of violence, and kids who are spanked grow up with psychological problems. And they’re right, if parents do it wrong. Kids should only be spanked for disobedience, and only when they knew ahead of time they would get spanked for it. Inconsistency in punishment is a form of child abuse.

Now that I’ve managed to offend a bunch of readers with touchy feelings, I’ll get to the point. America is at a crossroads. A lot of young adults who were raised in homes with inadequate parental control are destroying their cities, because their feelings are hurt. Not that I’m downplaying the death of George Floyd, because that was a horrible crime. We all should’ve been angered by that. But if the protests had been about Floyd, they would’ve stopped when his killer was arrested and charged with murder. They didn’t.

And now the enablers, those in positions of authority who are condoning the violence of the timeout crowd, are caving to demands to defund police departments, the one group we need most during troubled times. You’d have to work real hard to come up with a worse idea, and you’d still fail. 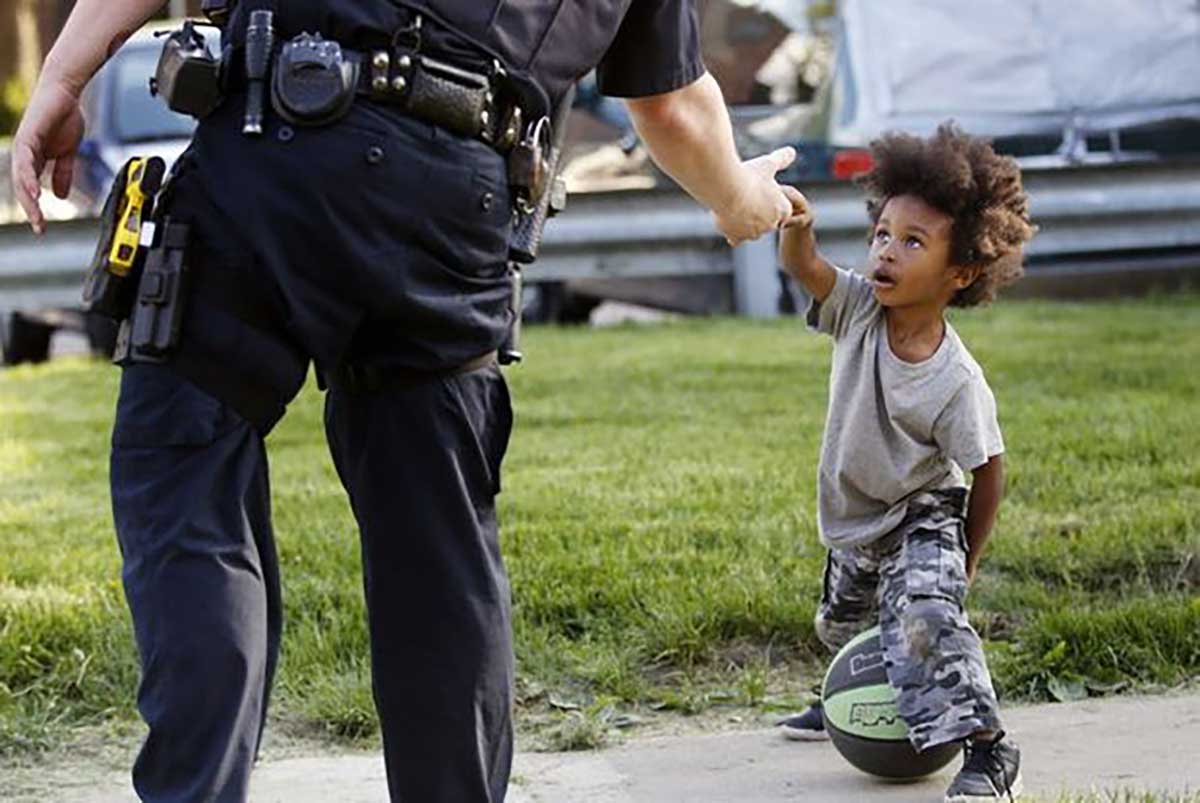 Above: Police in action.

Police officers aren’t perfect, because they’re human, but they represent the thin veil between civilization and anarchy. They make mistakes, as do we all, and while sometimes those mistakes are tragic, they’re amazingly rare, statistically. No one today is more maligned and less appreciated than cops.

Our police officers work long hours in uncomfortable clothing, riding in cramped vehicles crammed with the gear necessary to do their jobs, in heat, cold, rain, snow, wind, dust, and darkness. They never know whether the next call will require them to coax a cat out of a tree, face an armed robber, talk someone out of suicide, or break up a fight. The peeping tom call may turn out to be an ambush, the fender bender may actually be a major wreck with multiple fatalities, the shoplifting call might become an active shooter situation. They never know whether they’ll finish a meal, or sleep through the night. The body they pull out of an overturned car tomorrow might be a friend, their father, their sister. And every move they make, every word they speak, every gesture and decision and smile will later be scrutinized for bias, prejudice, racism, or just spite. They miss anniversaries with their spouse, birthday parties with their kids, and holidays with everyone.

Cops stand between the citizen and evil. They’re ignored when they succeed, and vilified when they fail, by people who have no idea what the job requires. And now they’re being harassed and accused and hated and killed for protecting people who don’t even realize they need protection.

Lately it seems like just about everybody has a grievance. Some are valid, some not. But if we’re going to be offended by something, disrespect for police officers should be at the top of the list.

Sounds like your dad was a bad person, abusive to say the least.
If cops don't like being cops, the long hours, uncomfortable clothes, the missed holidays, then they should stop being cops. If there is any protection that we need it is from the murdering corrupt cops. That and the priests and ministers that abuse children, but I'm sure you know all about that one.

Like his dad was a normal parent who cared enough to punish things that were wrong, and promote self reliance, responsibility and toughness to deal with life's problems in the future. But lets be honest I am old school as well and was raised in a similar fashion, for which I thank my parents for doing.

Now, regarding the police aspect of your statement , I think those who believe as you do, should be allowed to be heard. I do not think the police complaint is long hours, clothes, missed holidays, I think the issue here is the lack of respect some have for what they do to protect ALL OF US!
I will go one step further and you, and those who feel the same, should be able to become exempt from the taxes portion that pays for the police. However, in doing so, you should also be exempt from the police coming to your assistance in any mater that they would cover for the rest of us who do not agree with your defund viewpoint, and happily pay and represent for them.

I do not judge people protesting, it is a right, but that right is to "peaceful protests". I believe I do have the right to judge those who attend the protests and feel that burning things to the ground, stealing and assaulting others. Why you may ask? Because it is my tax payer money that will be required to pay for the repairs, for the damage, ( money that could be put to a better more productive use), my personal money that will pay the increased cost of product due to lost revenues and the increased cost of insurance. Additionally, we will all have to pay for the unemployment increase in these areas because businesses do not return.
That takes us back again to the parenting above; without correct parenting or appropriate censure/punishments as a child, you have no concept of rights or responsibilities for the actions you carry out or respect for others who will become victims of your actions in the long run.

Only thing we saw was ole Texas cowboy

in Coronavirus: New Cases and One Death Confirmed