OPINION — Twenty years ago a friend and I climbed Pike’s Peak in Colorado. We did that because we were stupid. I’m not going to point out all the reasons a couple of 40-year-old guys shouldn’t climb mountains, especially when their idea of exercise is arguing, but the trip almost killed us. I complained about the lack of oxygen on the mountain, but as usual congress ignored me.

When I wrote about that trip, I mentioned that our families drove up the road and met us at the gift shop on top of the mountain. I also pointed out the same thing happens at Mt. Everest. Some people like to climb to the top, and others drive up the road. And for the record, I really, really didn’t expect anyone to actually believe I thought there was a road to the top of Mt. Everest. I was wrong.

A nice fellow sent me a letter informing me of my mistake. He seemed genuinely concerned that I had misinformed my readership. As if my readership, all three of them, takes anything I write seriously. And I don’t think the guy was joking, since he sent me links to articles about Mt. Everest. No road. How about that?

I enjoy putting little mistakes in my columns, to see if anyone will notice. It’s like a game, and since readers love to point out mistakes, it’s interactive, and promotes involvement. The problem is that, nowadays, the actual news is so unbelievable that it’s almost impossible to tell the difference between truth and satire. The world has gone crazy, and my favorite journalistic device has been usurped by reality.

For example, I recently posted a news item from the Babylon Bee on Facebook. The Bee is a Christian satire site, and the title was ‘Bibles pulled from shelves for outdated idea that all humans are of one race and made in the image of God.’ Good satire hits very close to truth, and the Bee is excellent satire. But still, I didn’t expect anyone to actually believe it. I was wrong.

The left has gone so far off the rails that people can’t help but believe they would complain about something like that. I’ve always heard that truth is stranger than fiction, and now it’s not even close. It’s getting so you can’t write satire without someone believing it, even if it’s so insane that no intelligent person would believe it, although I have no idea where you’d find an intelligent person anymore.

Thirty years ago, during the L.A. riots, if I’d written that celebrities had raised $20 million for the looters’ bail, and nothing for their victims, no one would’ve believed it. That happened last week.

If I’d written, ten years ago, that a faction of Americans would demand that people they called fascists should lose their right to free speech, people would’ve laughed. If I’d said the same group tore down statues while calling others ‘Nazis,’ it would’ve been a parody. Yet today a group that claims to be anti-fascist is openly practicing blatant fascism. 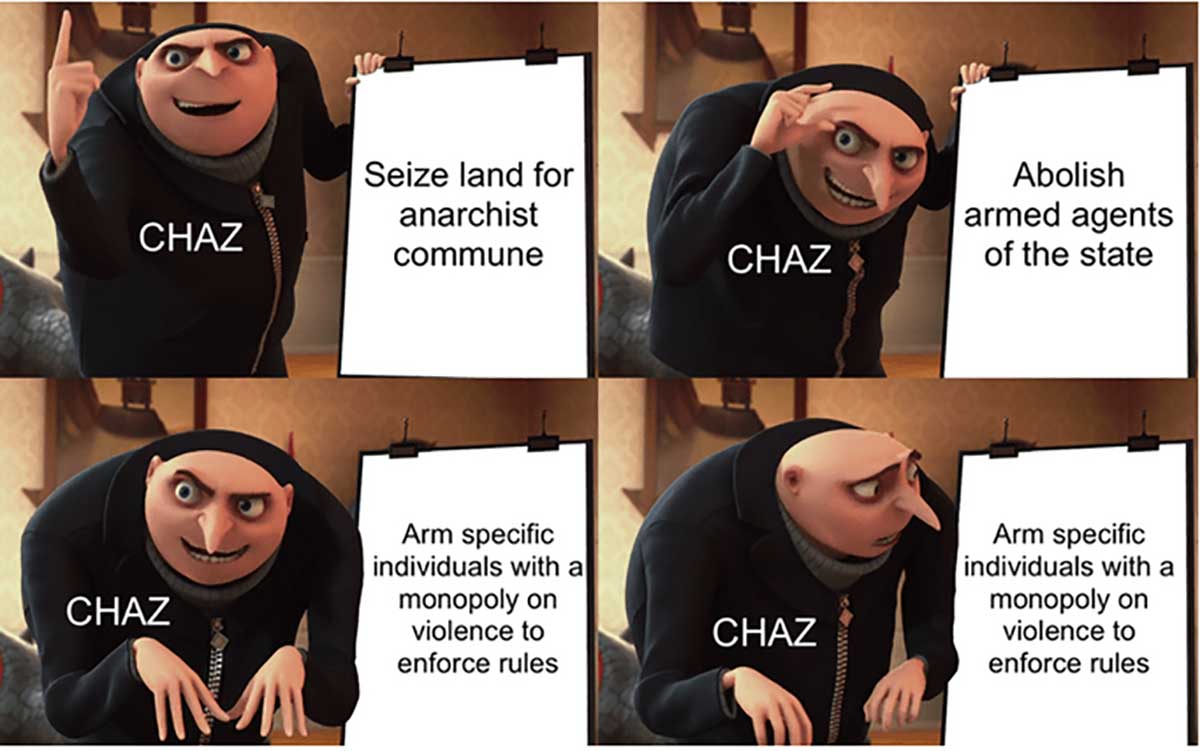 If I’d warned, a decade ago, that people would become so angry over Civil War memorials they would start another civil war, people would’ve shaken their heads and recognized the absurdity. Mobs are expressing their support of equality by tearing down monuments to abolitionists, without even realizing what they’re doing. It’s a feeding frenzy, and the entrée is common sense.

Speaking of absurdity, the city of Seattle has become the poster child for crazy. Authorities removed all police from several square blocks of the downtown area and gave it to the rioters, who declared it an Autonomous Zone. The people who hate police, borders, and deportations are in charge there now. First they posted armed guards to act as police. Then they put up a barrier to keep everyone else out, and began deporting those who didn’t agree with them. Seems legit.

The worst part of all this is that, in a world full of insanity, in cities where the police are unable to restore peace no matter how hard they try, leftist authorities are siding with the rioters against their own officers. Minneapolis and L.A. and other towns are already announcing plans to cut law enforcement budgets, and use the money for social programs. That’s like trying to douse a brush fire with gasoline. The same people who claim citizens don’t need guns because the police will protect them are drastically cutting their police forces. What could go wrong? 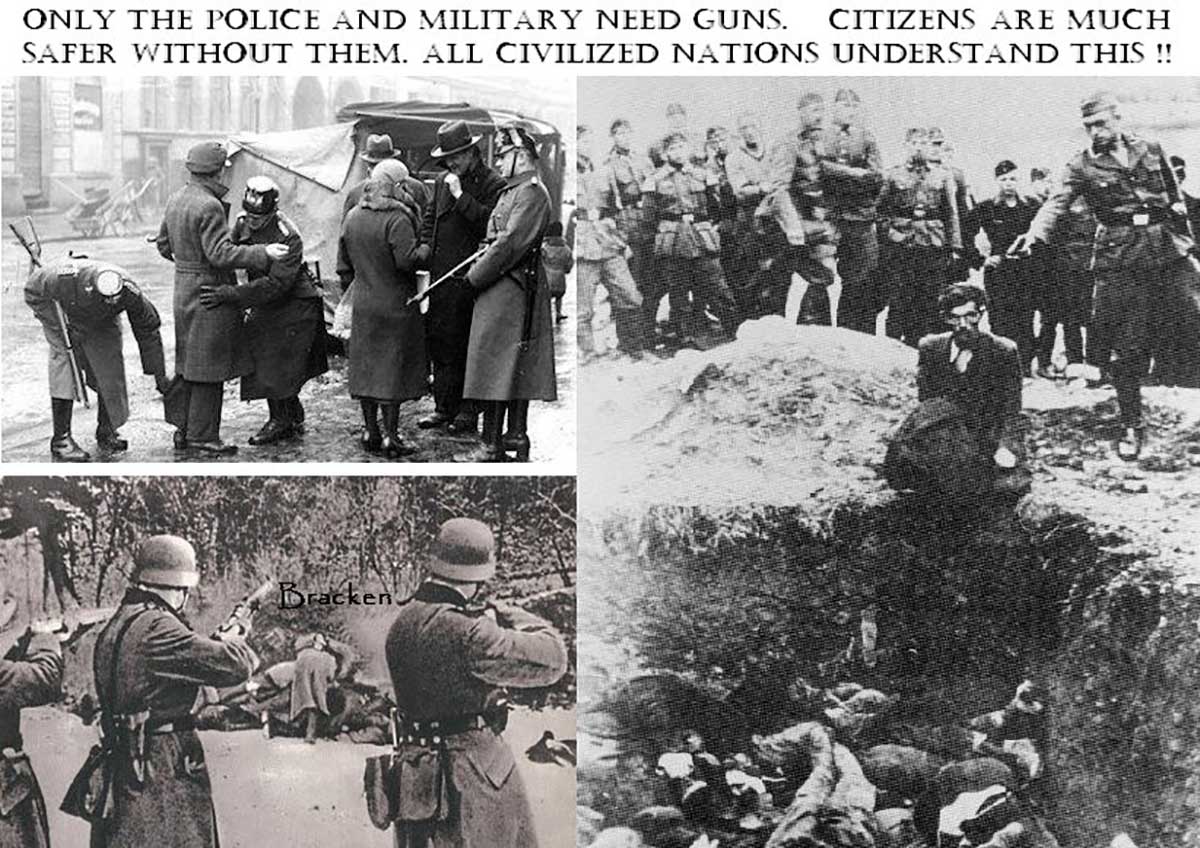 Now I think I know what Bill was going on about when he mentioned the slings and arrows of outrageous fortune. Speaking of which, the wokesters have finally managed not only to get pretty much all cop shows cancelled, including the Paw Patrol cartoon, but to disarm Elmer Fudd and Yosemite Sam. Seriously, the left is so afraid of individual rights they’re taking guns away from cartoon characters now, and firing cartoon police. Somebody definitely needs to cut back on the caffeine.

I think I’ll move to the top of Mt. Everest and declare it an autonomous zone. All I have to do is figure out how to block the road . . .

Now this was funny not because of any slapstick but because it is the truth and very well delivered! But most of all, I like the new "statue"; it speaks to me about the daily struggles of youth, the difficulties of having to deal with an adult world, and how if you concentrate hard enough, and throw a big enough tantrum, you will be given a "time out" and a nappy poo!
Well written Kendal, funny but true!

That new monument would look great

Planted right next to Central high where we're teaching our children the art of socialism.........

Play time's about over, kids

Do the citizens of "C.H.A.D." (Childish Hypersensitive Asshole Zone) just role play all day, and then go back to their mother's basement, or are they actually living the dream, of makeshift tent cities and communal toilets?

If they're their own nation, complete with borders, can we deport them, as the novelty of playing house begins to wane and they begin trickling back into our hateful, racist land?

If these any of these professional ingrates become hostile, and try to annex any surrounding areas or attack American citizens in the act of looting their dwindling provisions, will they be seen as "enemy combatants", subject to all the mouth watering "enhanced interrogation" many of us would love to witness?

What would this interrogation consist of? Mandatory meat consumption? Moderate physical exercise? A conversation devoid of the "proper" use of pronouns?

The members of this hostile nation have renounced their U.S. citizenship, so taking out a few of their leaders wouldn't be completely off of the table, would it?

The kiddies have snuck a few cigarettes and retreated to their clubhouse. I think it's time that the adults pulled them out by their purple hair and ear gauges and make each one smoke an entire carton.

If they aren't careful, this nonsense will end well for the Left.

Looking forward to round two...

I was also on top of Pike’s peak once but I took the train. There was a thunderstorm that day and lightning struck the train. I walked around and tried to see any view but it was literally like standing inside a thunderstorm cloud. On the way back down the mountain, the engineer explained the 7 different braking systems, and the redundancy the engineers designed. And if that one doesn’t work, etc until the last one was a huge lead weight strapped with metal cables which would act as an anchor. And if that doesn’t work, we will be in Topeka , Kansas in about 30 minutes.