Shortly after 4 p.m. this afternoon a black Chevy Silverado and a blue Chevy sedan collided at the intersection of Woodlawn and Westland off of Howard St.

Witnesses on scene say the black Silverado rammed into the blue Chevy. The driver of the blue Chevy, which appears to have sustained the most damage, exited the vehicle and fled on foot after impact.

The San Angelo Police Department is on the scene, where they have blocked all through traffic at the intersection and are currently canvassing the area for the suspect.

Officers sifted through the contents of the blue Chevy and discovered a small black studded purse, in it they discovered a smaller bag containing an unidentified white substance. The license plate on the blue car reads NVYME (envy me)....we highly doubt anyone has anything to envy now.

LIVE! will update this story as it develops. 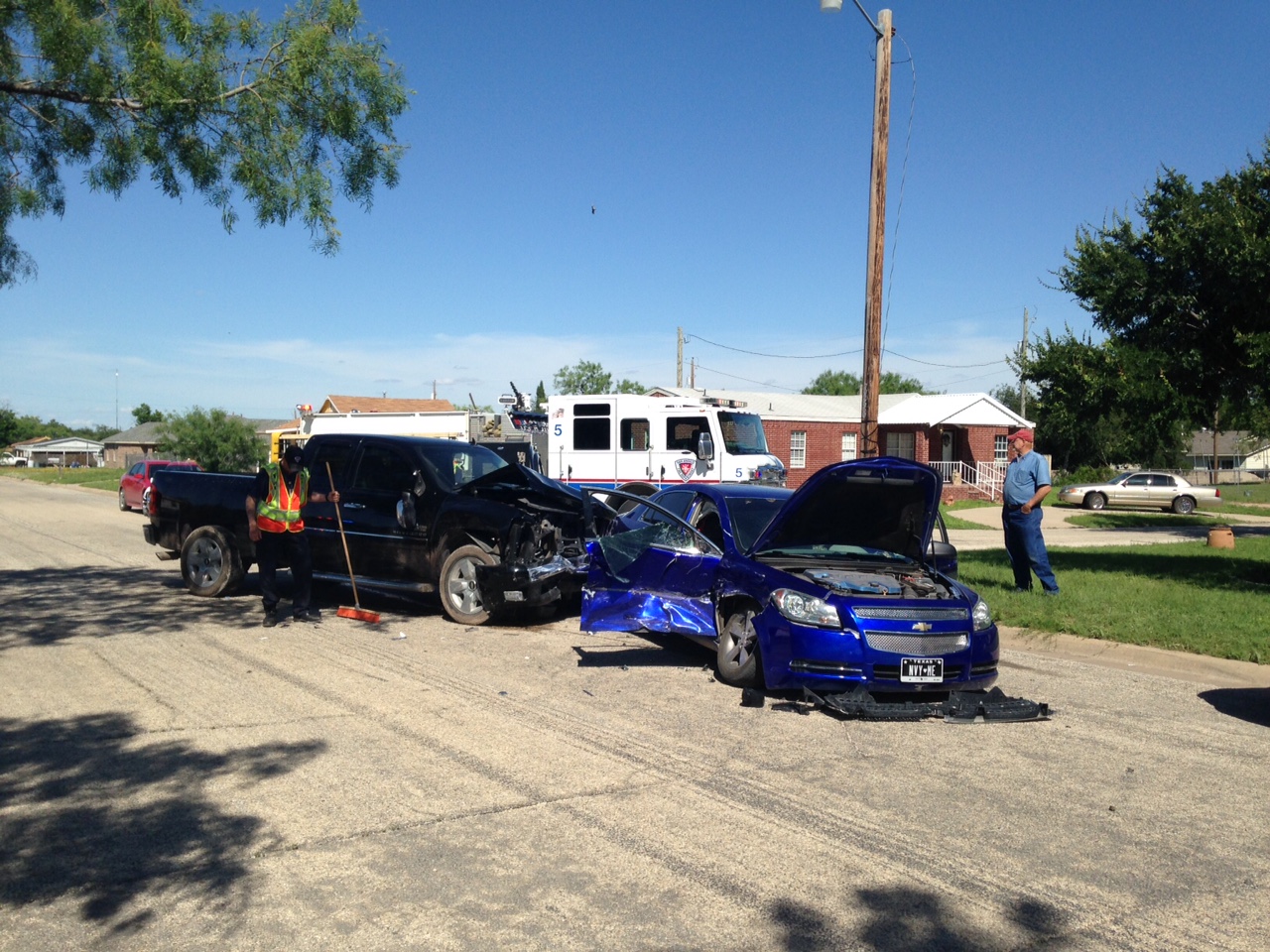 SAPD Officer Brian Bylsma was able to confirm that the driver of the 2009 blue Chevy Malibu fled the scene of the accident southbound on Westland. Officers combed the area in search for the suspect, and at the present time have apprehended the suspect, a male, whom they returned to the scene.

Bylsma says that the 2012 black Silverado was southbound on Westland, and the Malibu was was west bound on Woodlawn. As the Malibu entered the open intersection the driver failed to yield the right of way, colliding with the Silverado. The Malibu was pushed into a parked car as a result of the impact, and the driver fled at that time.

The driver of the Malibu was cited for no drivers license, no insurance, failure to yield a right of way, and also failure to leave information. Additionally, Alfonso Silva, the fleeing driver is being transported to the Tom Green County Jail for four outstanding county warrants. The driver of the Silverado, Renaldo Hernanadez, was cited for driving while license invalid. The passenger of the Malibu, Nicole Galindo, which officers understand to be the owner of the vehicle did not flee, but was transported to Shannon Medical Center complaing of back pain.

Sgt.Griffifth was also on the scene conducting a narcotics investigation, only stating that a white substance and paraphernalia was found in the car, and had no further statement regarding that at this time.