The Battle of the Home Delivery Start-Ups in San Angelo

This past Tuesday, Oct. 13, 2015, San Angelo LIVE! introduced a new restaurant and grocery delivery service company, San Angelo To Go. Since then, San Angelo residents have been buzzing about the business and how the service is a great idea. Grocery and restaurant delivery is a service provided in many big cities, so many people in the local area, especially those with busy schedules or who hate grocery shopping and/or standing in long lines, now have an alternative. Little did they know San Angelo To Go isn't the only service in town to offer this kind of service, and the company now has a bit of competition. Therefore, the battle to be the best delivery service provider and persevere as a long lasting business in San Angelo has begun.

Rustin Hicks, owner of AngeloDelivery.com, feels his company, which also launched Oct. 1 in San Angelo, but started in Midland in Feb. 2012 and Odessa in Feb. 2014, has the quality of service and staying power his new competitors don’t have.

The business owner also said he’s witnessed companies like San Angelo To Go start up and shut down, but he knows the business, and with the success he has witnessed in both Midland and Odessa, he’s confident the same will be said about San Angelo.

“We’ve been in business a while; we know what we’re doing,” added Hicks. “We have had so much success in Midland and Odessa that we decided we can bring our same service here.”

Because San Angelo To Go started at the same time, Hicks stated he’s concerned those people wanting to find Angelo Delivery will find the competitor and that will affect clients from getting the best restaurant delivery customer service in town. In fact, he had someone contact him about a job Wednesday thinking Hicks’ company was the competitor.

The restaurants Hicks spoke of includes the following:

Hicks said he’s proud of the restaurants Angelo Delivery partners with because of their reputation and he wants to provide a variety for his customers. Not to mention, he feels Angelo Delivery is one step above the competition.

“We got the best platform in the business. Our website is superb, and as far as online ordering goes, we definitely top our competition as far as that goes,” declared Hicks. “Also, because we’re partnered with restaurants, that makes our customer service that much better.”

Overall, Angelo Delivery has three delivery drivers in San Angelo. The company, however, has 15 or 16 total in all three service areas. Similar to San Angelo To Go, people can place their restaurant delivery orders both online or by phone. To order online, people can go to www.angelodelivery.com or call 432-262-8100.

Unlike San Angelo To Go, the company does not accept checks, but similarly, it does accept cash on delivery, or customers can pay for their order with a credit or debit car online. Hicks said the turnaround time is 45 minutes to an hour, but the drivers often get deliveries to clients before that time. Additionally, Angelo Delivery accepts order requests from 11 a.m. to 9 p.m. seven days a week, and there’s a $15 dollar minimum for orders.

Hicks said, “We consider ourselves career delivery professionals. We are totally a customer service company. In order to stay in business in the long run, we have to provide the best customer service. We do everything to make sure the delivery is up to the standard a client is looking for.”

Angelo Delivery also services a specific area within the city, and so there’s a $2 fee per mile outside the main roads, Hicks added. However, clients can be individuals or businesses, and there’s nothing the company won’t do to ensure client satisfaction.

“Our whole idea is if you don’t want to clean your kitchen, we provide an easy dinner with easy cleanup,” Hicks stated. “Also, you can buy your time back, and like in an office, instead of leaving for an hour at lunch, you can eat through lunch or let your employees out an hour early. I like to call it increasing productivity in the workplace.”

Hicks knows a bit about both delivery and handling productivity in the workplace. The business owner started as a delivery driver in college in 2009 and engaged in the business for a few years before moving back to Midland. He attended Texas State University where he received his business degree.

His goal in starting Angelo Delivery was not only to provide a great service to customers, but also to provide marketing services for restaurants.

After posting the San Angelo To Go story on Facebook, one reader tagged Justin Walcott and said, “Sounds like Concho Concierge.”

Walcott said that’s true, but his company offers so much more. 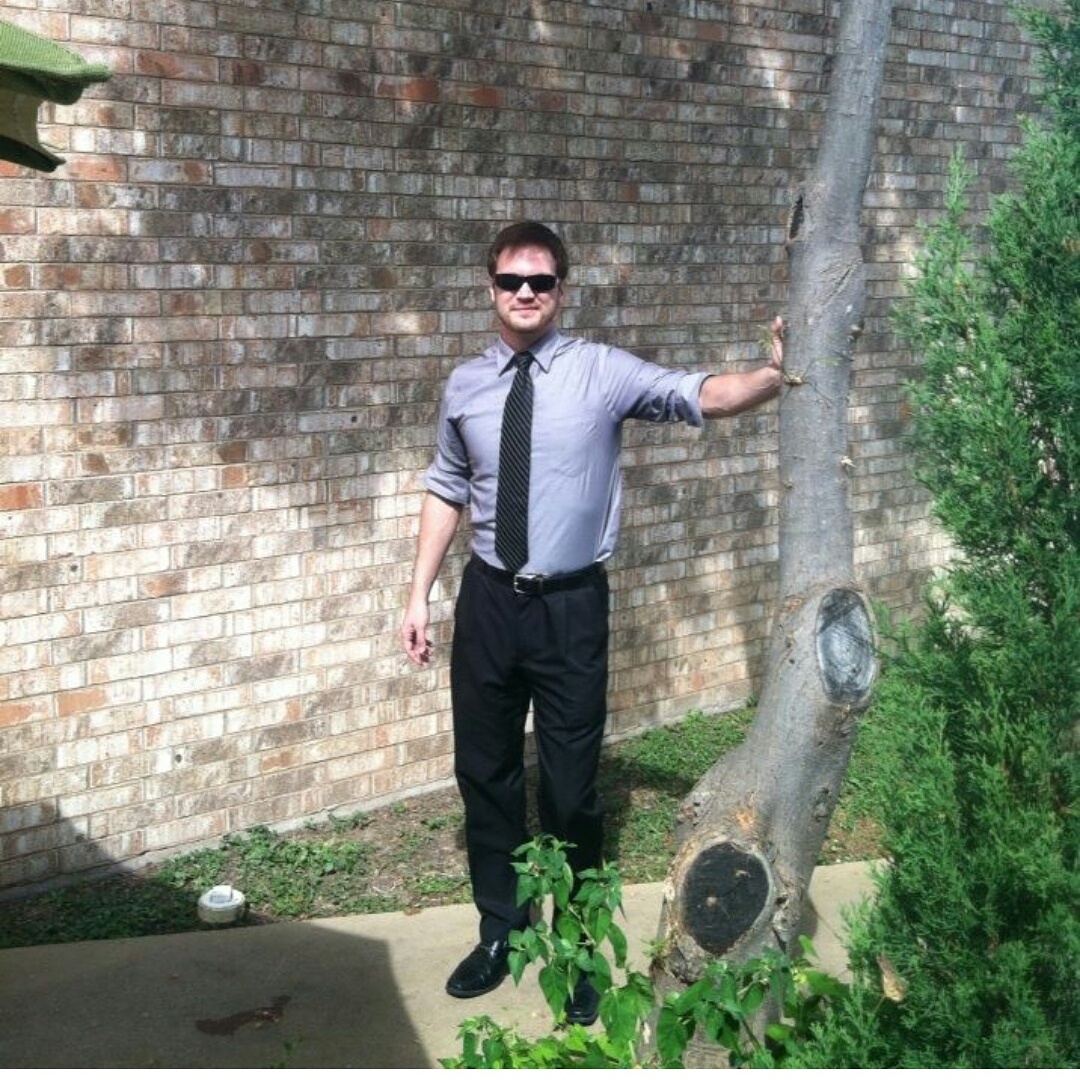 The San Angelo native started the business in February of 2015, but unlike his competitors, he’s a one man show and gets his business by networking and word of mouth. He doesn’t have a Facebook page or a website as of yet, but clients can contact him any time at 325-450-5534. Additionally, unlike his competitors, he accepts requests 24 hours a day.

Also, unlike Angelo Delivery, Walcott added, “[Concho Concierge] is locally owned and operated. We’re not part of some conglomerate. Generally, we’re going to do our best to take care of our customers and make sure they get the best service possible, and I’m going to hope that’s where I can set myself apart from these other people.”

When Walcott says “we,” he’s referring to the people who are on standby when he’s not available, which is another thing he wants people to know. He may not have several employees working for him right now, but he makes sure someone is available to make a delivery if he can’t.

In addition, many of Walcott’s deliveries require a quote but most run about $10, and out-of-town deliveries vary depending on how far he has to go and what he has to do.

“As long as the customer is willing to pay, I’m willing to go wherever is needed,” Walcott stated.

When he says, he’ll pretty much do anything, Walcott isn’t exaggerating. Below is a list of just some of the services he provides.

Now as far as “the supervising” tasks go, Walcott clarified that if a client has carpet being installed and he or she has to work and doesn’t want to take the time off, but that person wants to make sure a company shows up on time and is not trashing his or her house, he can go supervise and make sure that person’s home is okay.

Walcott said he’ll also take a car to get an oil change.

“Who really likes going to do that?” he asked.

Walcott added that with Black Friday coming up, he’ll even go stand in line if a client wants him to. “Or say you want to get out of line and go get something to eat, I’ll go hold your place in line,” he noted.

The business owner added that there are many people willing to pay for obscure services such as Black Friday, and he's experienced some interesting requests thus far in his career.

In regards to the competition, he said, “I can tell you that I provide service 24 hours. I don’t just deliver groceries or food. I’ll pretty much do any errand that needs to be done ranging from picking up the mail to dry cleaning to taking your car to get the oil change. Anything people are willing to pay for, I’m willing to do.”

By being willing to do so, that's what sets him apart from both San Angelo To Go and Angelo Delivery.

As for payment for his services, Walcott said if he’s dealing with a smaller order, he’ll accept cash and credit/debit payments on delivery, but for larger orders, he requests at least half as a deposit for assurance. The rest is paid on delivery.

Starting Concho Concierge, similar to the three partners at San Angelo To Go, was an idea Walcott toyed with and discussed with his friends for many years.

“I actually started up a similar business a long time ago, but I had to leave for a little while because of family,” Walcott recalled.

Therefore, when the delivery driver said he returned to San Angelo, he once more played with the idea a bit before starting, but because he had a little extra money in his pocket, he stepped forward and got it going.

“So far, it’s been pretty decent. I knew it was going to be hard work when I started. It hasn’t been easy, but it’s coming along,” explained Walcott.

Unlike Angelo Delivery, Walcott said he doesn’t have relationships with current restaurants or businesses as of yet, but that’s something he’s working on. Plus, he has a lot of friends in the industry, which allows him to network and get his company’s name out there; and like all business owners and his competitors, he hopes to see the business expand and last for years to come.

Interesting!
I have used San Angelo to Go multiple times since they launched their business. I have received exceptional professional service paired with a warm smile every delivery. If you look at their website notice they are partnered with some of the same restaurants the service above has listed. If you haven't used San Angelo to Go try them. You won't be burdened with listening to how much better they are than the new service above...they will be busy showing you!
No need to bash competition. Customer service and word of mouth always speaks for itself.