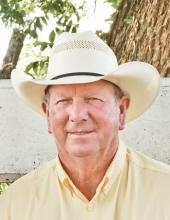 George Barham “Barney” Sisco Jr., 72, passed into his eternal life with our Lord Jesus Christ, Monday, October 4, 2021, at Baylor Scott & White Hospital in Temple, Texas. Barney was born in San Angelo, Texas, on April 15, 1949, to parents George and Alice Sisco of Water Valley. He was raised on the banks of the North Concho River in Water Valley, and aside from 4 years attending Texas Tech University, spent his entire life as a steward of the land and livestock on the family ranch in Water Valley. He graduated from Water Valley High School in 1967, and received his Bachelor of Science in Range Management from Texas Tech University in 1971.

He was a believer, a husband, a father, a friend, and he was good at it. He believed in hard work, honesty, and generosity. He followed closely in the footsteps of his best friend and mentor, his father George, whom he considered his role model in all aspects of life. His calling was to be a rancher, and this was his passion. His daily endeavor of caring for the land and livestock would be interrupted only to spend time with family and friends.

In 1966, Barney met the love of his life, Charlotte Foster, from Sterling City. Her parents were quite impressed with the young man and his request to court their daughter; the resulting match was to be everlasting. The couple was married in 1972 and made their home on the Water Valley ranch. They had a fabulous almost fifty years together and are blessed with many wonderful friends. They have two boys, Trey and Ty Sisco. Barney was their biggest supporter and loved to watch them play football, basketball, run track, and show sheep. He was so proud of his young men. When his boys had families of their own, he became the proudest grandfather and biggest fan. He taught them the importance of hard work and passed on his love for ranching and family. Barney was very patient and spent quality time with each of them. His grandchildren loved their “Dadbern”.

Barney was preceded in death by his parents, George and Alice, and his brother-in-law, Lynn Glass. He is survived by his wife Charlotte, his loving sister, Helen Glass, his son Trey and Trey’s wife Jennifer and their sons Brenden, Wyatt, and Will Sisco, and his son Ty and his wife Lindsey and their children Grae and Steele Sisco.

We are thankful to the many doctors and nurses at Shannon Hospital, Encompass Heath, and Baylor Scott & White that helped with Barney’s care.

The family welcomes donations to the Water Valley Volunteer Fire Department as an expression of sympathy instead of flowers. Mail to: PO Box 311 Water Valley, TX 76958