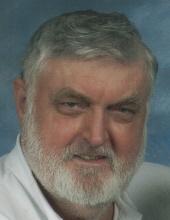 Tom Wright, age 80, passed away peacefully on March 30, 2021. He is survived by his wife Belinda, his son Tom Wright Jr (Nancy), granddaughters Amanda and Alexia, brothers JR, Charles, Jerry and Jimmy, as well as many in-laws, nieces and nephews, friends, and four beloved cats. Tom was born March 31, 1940 in east Oklahoma, mostly raised in central California. He joined the Navy at 17 and spent 20 years riding submarines and destroyers. After retiring he went back to school, getting a master's degree. He loved to travel, seeing exotic places and spending time with family. In later years he developed a passion for cat rescues, working with several local groups. He was known for his sense of humor, telling tall tales on everyone. His big heart and generous nature will be greatly missed. Tom will be buried at sea, with a memorial at some future point. In lieu of flowers, donations to Hands of Mercy Cat Sanctuary in his honor would be welcomed. Thanks to the angels at Shannon Hospital and Cedar Manor for their good care of him.