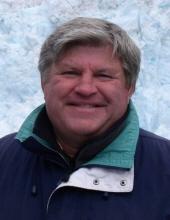 Arthur William Wiebusch passed away on October 10, 2020, of pancreatic cancer. He was 68 years old, a cherished friend to many, and a beloved husband, father, brother, and uncle to a special few. He was born in Waco, Texas, on October 22, 1951, to Arthur Roger and Julia Audigier Wiebusch of Lubbock. He spent his childhood in South Bend, Indiana, as well as Waco, Houston, and Lubbock, Texas. He attended Monterey High School in Lubbock, class of 1970. He was recruited by Frank Broyles at the University of Arkansas where he played football for the Razorbacks for a season. He received his undergraduate degree from McMurry College in Abilene, where he graduated in 1974 with a double major in philosophy and religion with a minor in business. He graduated with a master’s degree in philosophy from New York University, in 1976. He had an amazing love for philosophy and religion his entire life, but he laughingly said he knew the careers were so few that he would never be able to find a job. As fate would have it, his life’s work was in a field for which he had no formal education, and for over 30 years, he was a dedicated independent oil producer and servicer running businesses in Lovington, New Mexico, and Midland, Texas. He was an avid fly fisherman, loved to travel, and was a voracious reader. He was enamored by his two sons and believed they had both found a happiness that gave him peace. He is survived by his wife of 46 years, Cynthia Anne Tice Wiebusch of San Angelo, and their two sons, Eric Tice Wiebusch (and husband Michael Krikorian) of Amarillo, and Joseph Spencer Wiebusch of Midland. He is also survived by brother Roger Ewing Wiebusch (and wife Rose Marie) of Plano, and nephew Landon Ewing Wiebusch (and wife Jennifer) of Plano.
Services will be held at 2:00pm on Saturday October 17, 2020, at Christ Church, located at 5501 North Midkiff Road in Midland, Texas. Please observe community guidelines regarding masks and social distancing.
Gifts in Art’s memory may be sent to St. Gabriel’s Hospice of San Angelo, located at 3006 West Beauregard, San Angelo, Texas 79601.