Everything from the lockers in the locker rooms, uniforms, balls, bats and walk-in coolers were sold to the highest bidder. 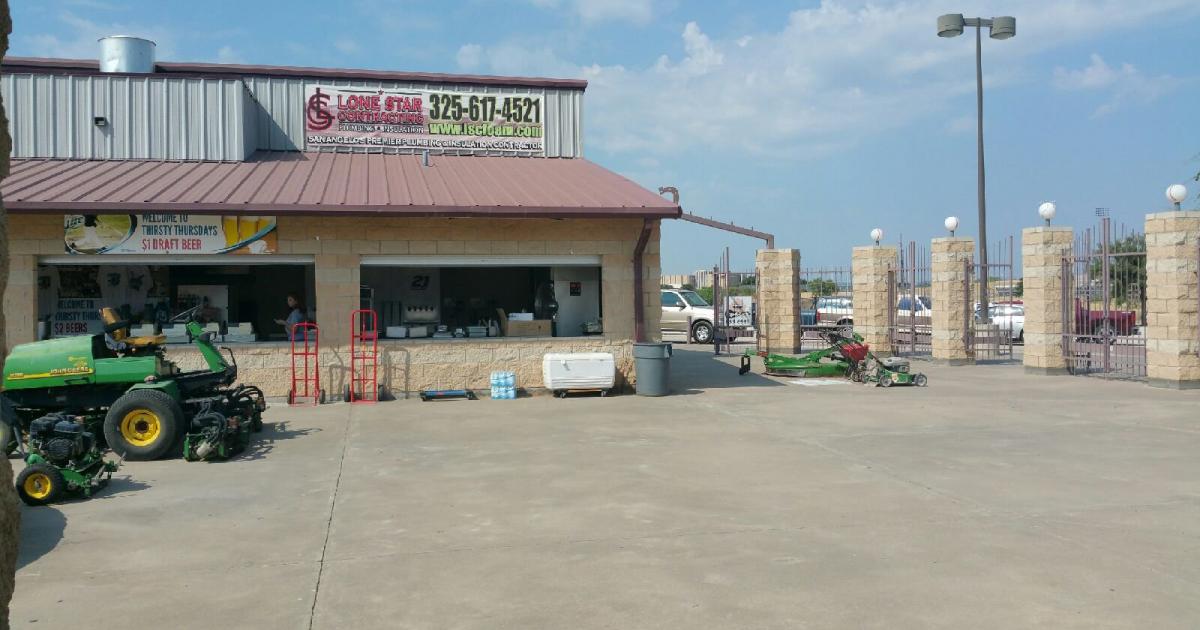 Above: Outside the stands at Foster Field on the day the team liquidated. (Contributed/Inside Foster Field, the former home of the San Angelo Colts on Aug. 15, 2015. (Contributed photo/Bruce Pittard)

The San Angelo Colts are officially no more, a victim of changing times or poor management, or both. The Colts’ parent company and league filed for Chapter 11 reorganization during the 2014 season.  Court documents revealed that the team had 104 creditors, including a $356,093 debt to 1st Community Federal Credit Union on the stadium itself that the team’s owners were unable to pay. In addition, the stadium reported in court documents that cost $2 million to build, was on Angelo State University (and thus State of Texas) leased land and the team’s owners had failed to negotiate and sign a land lease for $4,166 per month. The bankruptcy court denied the reorganization and ordered the Colts to liquidate on June 29.

At the auction, some gathered to collect memorabilia of their time working for the Colts. Among them was the team’s former general manager Mike Babcock. “It was a good eight years,” he said of his time at the helm. During Babcock’s tenure, the team was named sports franchise of the year for three years and led the league in attendance. “We were making money, and in our worst years, we broke even,” Babcock said. 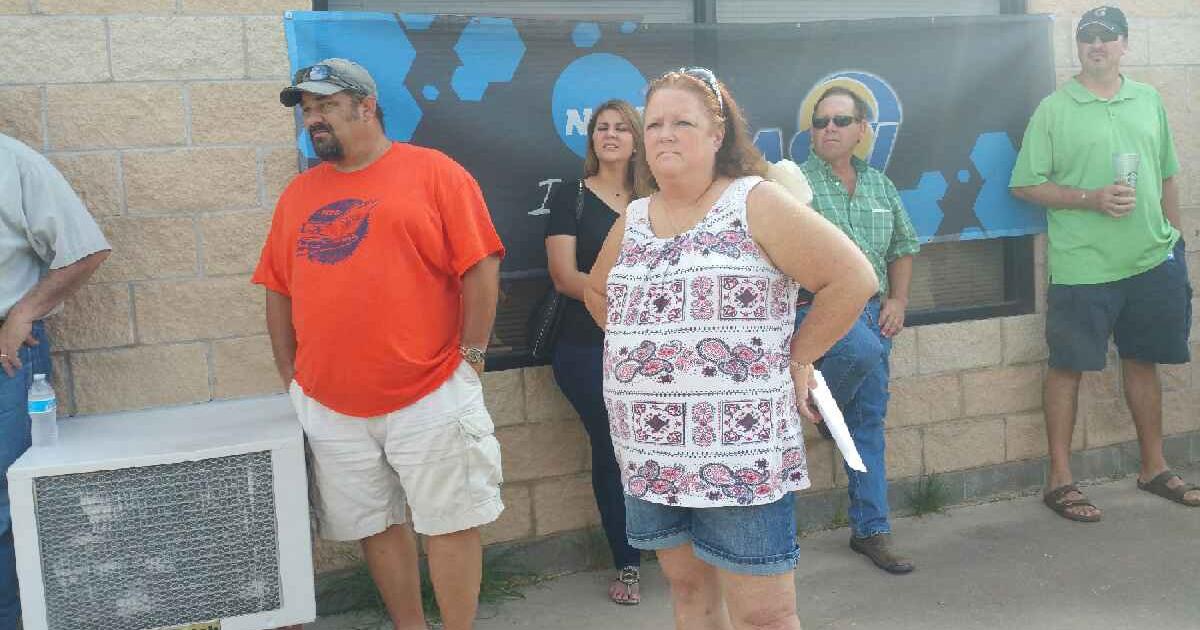 Babcock believes the Colts’ demise was caused by a central league ownership of every team instead of having individual team owners.

Babcock left the helm of the Colts in Nov. 2012. Since then he has consulted for other professional minor league teams across the nation.

“The key to success is a good solid business and a solid league with individual owners instead of weak ownership from a central location,” he said. “The Colts could have survived on their own. San Angelo was very good to the team.” 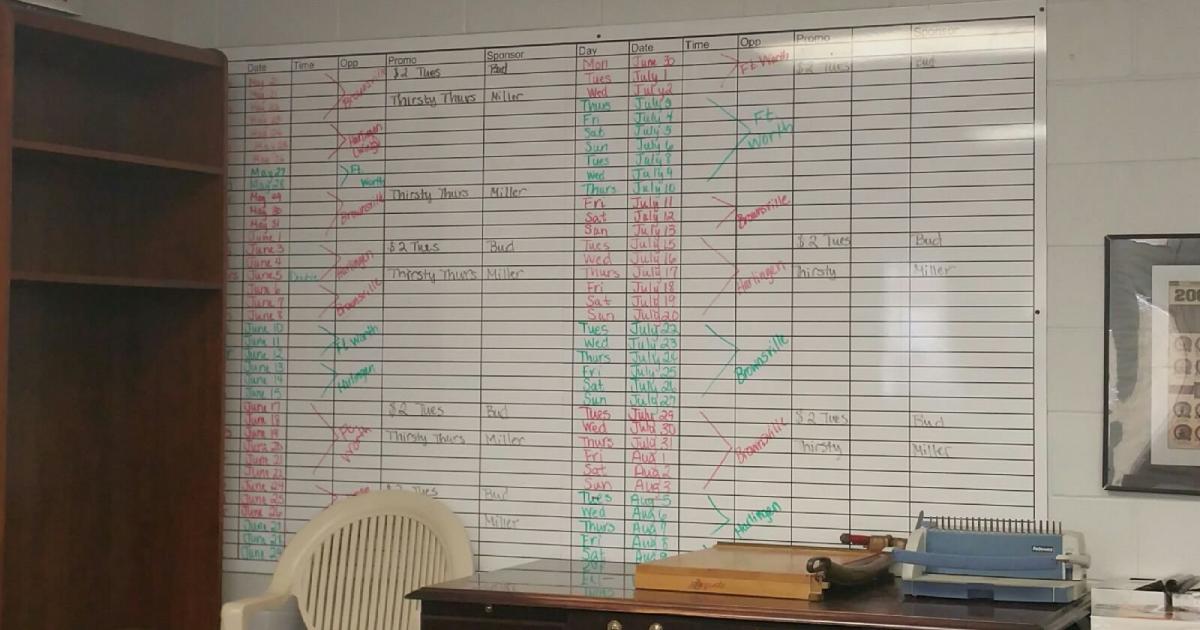 Above: A white board with the 2014 season marked onto it. (Contributed photo/Bruce Pittard)

Another trend in minor league professional sports is what Babcock calls “localization.” It makes no sense to have a league with teams spread out across the country. The travel expenses to go three or four states away to play a game, especially in the south or the western U.S., demolish profit margins. That’s why leagues are forming in closer proximity to one another today, he said.

Babcock was at the auction to gather a couple of plaques from his tenure there. He also purchased the first-pitched baseball pitched in the inaugural San Angelo Colts game back in the early 2000s. He’s going to deliver the baseball to Harlan Bruha. “Bruha was very instrumental in getting the Colts up and going back then,” Babcock said. “I never dreamed I’d be buying my own awards (the plaques) back, though. But that’s the way it is.”

The stadium will be renovated by Angelo State University starting on Aug. 24. It will get new seating and new artificial turf will be installed on the field. ASU’s baseball team will use the facility.

“San Angelo is a good market and they deserve a good baseball team. With a good product and great promotions you can fill the stands. And it’s still a good ballpark,” Babcock said.