SAN ANGELO, TX — The City of San Angelo today closed its purchase of the Ford Ranch today, according to a press release.

The City Council in November approved the approximately $44 million purchase of the 32,841-acre ranch, from which the City pumps water from the Hickory Aquifer.

Once the ranch was marketed for purchase, City staff presented a plan to purchase the surface acres above where the municipal groundwater rights were for the Hickory Aquifer. Council determined that buying the property was the surest avenue for protecting San Angelo’s stake in the Hickory, along with the $120 million investment previously made in a pipeline, a special water treatment facility, and well field when developing the aquifer as a source of drinking water.

The Hickory water project is not the primary source for the municipal water supply. The City procures water via pipeline from O.H. Ivie Reservoir near Brownwood. The water treatment plant also has capability to pump water for treatment directly from the Concho River.

The Hickory was developed in the late-aughts to bolster the water supply by harvesting groundwater, not surface water. About 45 years of legal work was required to obtain water usage rights to the Hickory. By owning the surface above the water on the ranch once owned by G. Rollie White, the City has more legal rights to shore up its access to that water. 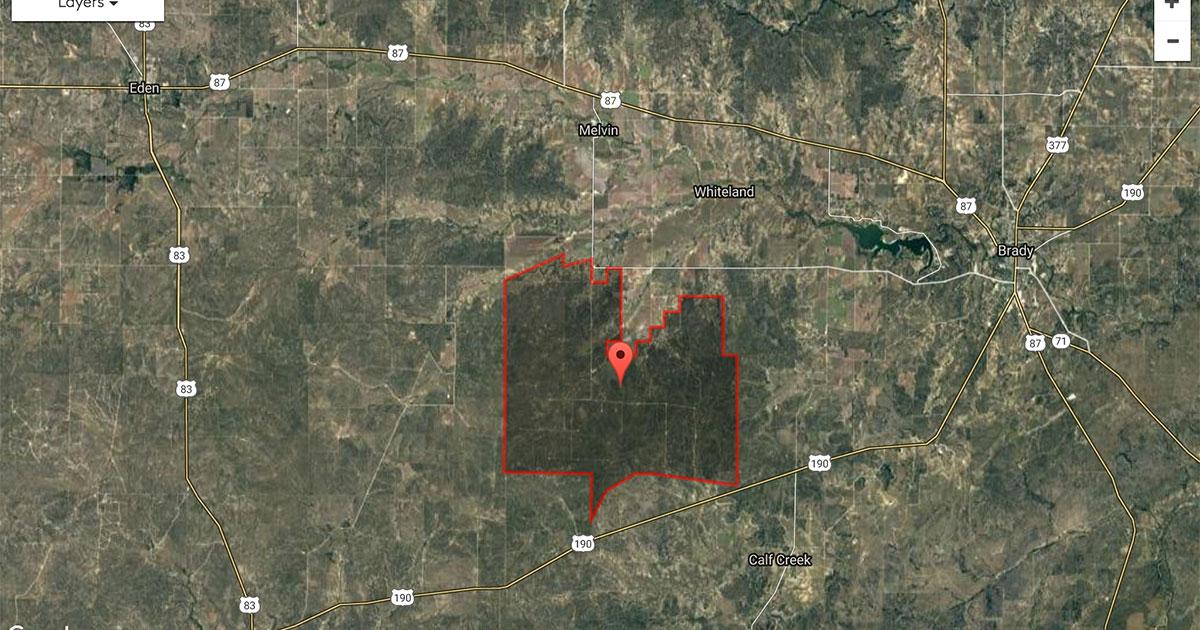 Above: A screenshot of the Google map with an overlay of the Ford Ranch boundaries. (Screenshot/Google Maps)

The concern was the late White’s trust had placed the land on the market, opening up the possibilities of multiple landowners, each with varying desires about how to use the land. By purchasing the land before selling it again, the City has the opportunity to shore up its rights to the water below and use of the surface where the well field is located.

The City said it will now proceed to methodically and meticulously shore up its legal rights to Hickory water before it considers marketing the property for resale at some future point.

Council approved the purchase to be financed with a loan using the cash flow from the City’s water enterprise fund to service it. Last November, City Manager Daniel Valenzuela stressed there will be no water fee hike or tax increase to finance the transaction.

In late 2015, the City of San Angelo inaugurated a higher water rate structure to finance a future large water project expected to cost as much as $136 million. Earlier this year, facing fierce public opposition, the City shelved a proposal to build a $150 million water treatment facility that could reclaim and treat sewer water.

Valenzuela and City Water Utilities Director Bill Riley said the land purchase is in line with a five-year water development plan recently finished. Instead of a large project, Riley anticipates multiple smaller initiatives. He said the City is moving forward with a previously proposed project to increase Hickory capacity. That project will cost just under $40 million and is in addition to the land purchase.

Read more about the history of the Ford Ranch.

Nice to see Council and Staff inspecting the property after purchasing it.

in Carlsbad Girlfriend of Accused Murderer Arrested After Interview with San Angelo Live!

Are you sure Canada?