SAN ANGELO, TX – Currently, San Angelo houses 449 inmates, but with almost 100 more inmates being housed out of county, the City and Tom Green County Sheriff’s Department have been working hard to bring a new jail to San Angelo with the hopes of housing all inmates in one all-inclusive facility.

The architects for the new jail, Sheriff David Jones said, have just finished their final drawings for the new jail facility. The drawings have been submitted to the Construction Manager at Risk, and are currently obtaining bids from sub-contractors. By mid-April, a guaranteed project price will be offered, and county commissioners can then move to vote on whether or not this project can continue to the next phase.

The new jail facility is scheduled to be built on the outskirts of San Angelo on US-67 North. The new facility will have “all the infrastructure” such as laundry and kitchen facilities and administration offices, explained Sheriff Jones. 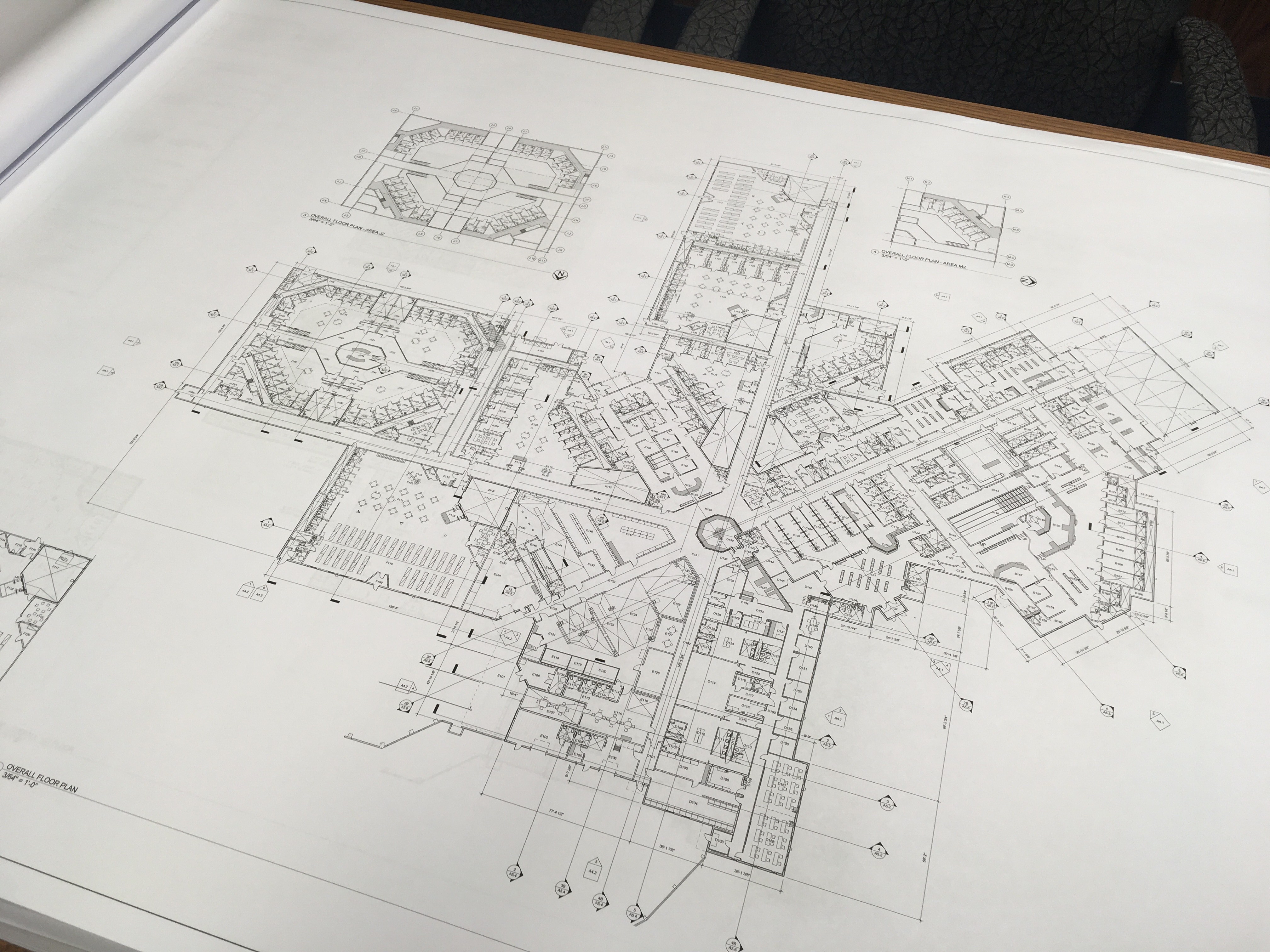 Additionally, the new jail facility will have various dormitory wings for different inmates, including female and male dormitories, a solitary confinement wing, a wing for inmates struggling with mental issues, and a wing for 17-year-old inmates. The new facility will also have space for a medical center, booking area, a courtroom, and visitation area.

Sheriff Jones provided a description of one of the male dormitories, and excitedly explained that one of the biggest changes the inmates will noticeably feel is that each dormitory will have its own recreation yard. This will allow inmates to have access to daylight 24 hours a day, as well as the opportunity to be outside for longer periods of time. In the current jail facility, located in downtown San Angelo, there is only one recreation yard for all 449 inmates to use during the day.

Furthermore, each inmate dormitory will have direct supervision from a jail officer, meaning that officers can be inside the various dormitories with the inmates. Each dormitory will also be equipped with showers, beds, toilets, and a classroom. There will be an available phone system for the inmates as well.

The classroom will be used for various programs put on throughout the year by different local organizations. Jones explained that the “Jail Ministry puts on about 40 hours a week of counseling” for the inmates. Local teachers from the surrounding high schools also come to the jail to give those still needing continual education a chance to finish. Concho Valley Workforce Solutions also helps inmates make connections in the business world.

Sheriff Jones said the current city jail will stay in operation for another estimated five years, or until the new facility has enough room to house all current inmates in both county and out-of-county jails. Currently, he must send almost 100 inmates to surrounding counties since he's at max capacity at the jail. With the new facility, Jones said he's hopeful to be able to move everything over to one place and minimize cost, but for now, 280 inmates will stay in the current jail facility, while the other 277 will be housed in the new one upon completion.

Over the last month, Jones estimated that a total of $98,000 was spent to house prisoners out of county. Furthermore, all the money spent on the out-of-county inmates went to different counties other than Tom Green. Therefore, Jones said, “a new facility is desperately needed” to make sure that no taxpayer money is allocated towards the surrounding counties.

Overall, the operation cost for the new jail will be higher, for Jones must juggle having two very different jail facilities, but he stays optimistic that everything will work out for the best.

“We are excited about it,” Sheriff Jones noted.

Construction for the new facility could begin as early as June/July of this year should the commissioners agree on the price given in April. The construction would then take about two years to complete. Afterwards, depending on funding options, the jail could expand to house up to 700 inmates.

"Sheriff Jones provided a description of one of the male dormitories, and excitedly explained that one of the biggest changes the inmates will noticeably feel is that each dormitory will have its own recreation yard. This will allow inmates to have access to daylight 24 hours a day, as well as the opportunity to be outside for longer periods of time. " Come on Dave, even us free people don't get access to daylight 24 hours a day!!!

I'm all for the bigger jail and such. Piss on better living for these career criminals. Jail wasn't designed for living anyway. How about better working conditions for TGCJ staff. As far as inmates, jail just needs more holes to stick them in or better yet put them on county work detail (not voluntary) for the so called sunshine inmates need. Why make it easier and better for inmates? Isn't the point of jail to make you not want to come back? Our judicial/jail systems needs to get rid of the bleeding hearts mentality and get tough! C'mon Man!!

This is just a friendly reminder that most people being held at the local jail have yet to stand trial for their alleged crimes. We can't complain about possibly losing our 2nd and 1st Amendment rights (which is conspiracy-level manure, but I digress...) while neglecting the 8th and 14th Amendment rights of others. You can't cherry-pick the Constitution AND claim to be a good ole' fashioned, born-and-bred, red-blooded American!

Fact is, our jail is ABOVE capacity and is in dire need of an overhaul. There are safety issues with the current facility that involve safety of staff and inmates alike. Let's apply some common sense, here, and choose not to be swindled and pimped by sensationalist media. Seriously, LIVE? Leading with "Better Living for Inmates?" and not "Safer Facility for Much Deserving Staff," or "To Save Taxpayer Dollars Related to Capacity Issues?" It's almost like San Angelo LIVE! wants to inspire revolt against this project...and people are already buying it hook, line, and sinker.

Talk to former Sheriff Joe of Maricopa County about a tent city and chain gangs.

I agree with "Tents", Sheriff Joe knew how to run a jail and make do with what they had or try some thing that didn't cost taxpayers more than was already being spent. We need to spend money on roads, not on convict comforts.

Gotta just hate it when you

in Creepy Fugitive Surrenders to Police

Mandala in the Mind