“America’s trust in our Justice Department has reached its lowest point in history. If this raid deals with President Trump’s handling of documents, then every American needs to wake up and understand the magnitude of this event - a continuation of the biggest political scandal in U.S history where Democrats, the media, and others in the government have been plotting against President Trump at every turn. Raiding the home of a former president is the type of action that authoritarian governments take to dispose of political threats.

“The lack of information over the last 12 hours from the DOJ is also deeply concerning. The leaders of the DOJ and FBI must be public, transparent, and accountable. Congress is in session on Friday. AG Garland and FBI Director Wray must come before the Judiciary Committee. The American people deserve to know everything.

“If the Department of Justice can do this to a former President, they can do it to you.”

I’m quite sure that our local maga blowhard understands that trump has a copy of the warrant and could release it at any time he wanted.  The why could quickly resolved, but he doesn’t.  It’s either that it’s damning (I would highly doubt this) or they get much more play pretending they have no idea why it happened.

The burden of proof lies with our corrupt DOJ. Like Rep. Pfluger explained…yet another sham investigation for the purpose of taking down a political rival ;)

I’ll take MAGA over MASA…Make America Suck Again which is what we have under your boy Biden ;)

i dont have a boy biden, you jump all over that two party nonsense.  Ive never once defended either of these two idiots.

Haha you voted for him, right?

their were two choices one was donald j trump, yes i voted for the other.

MAGA vs. MASA your choice lol.

How would you feel if the FBI had raided Obamas house?

It would’ve been an unprecedented, baseless attack on “our democracy” on the level of Vladimir Putin if it was the other way around.

So if trump wins in 2024 (he won't), and starts raiding democrats houses as payback, you would be against that?

You’re kidding right? Biden’s entire presidency has been “tit for tat” when it comes to Trump…that’s why our country is so divided ;)

Like I said yet another sham investigation. I’m betting our corrupt DOJ knows what they are looking for, and it has absolutely nothing to do  Trump’s “handling of documents” it’s all about Jan. 6th ;)

Guys, settle down.  You are both missing the most interesting part.  In Jan 2018, Trump signed the amended FISA Act increasing the punishment for knowingly removing classified materials with the intent to retain them at an unauthorized location.  Fat fuck played himself lol

This is correct and their is no doubt he still had classified info he’s own folks have said this.  I assumed this would be nonsensical stuff that they just wanted back.  The more that the maga folks say planted evidence the more I think it could be damning evidence. They are getting out in front like the did with the “election fraud” nonsense.  Most of the folks talking already know what was taken and have their marching orders.

Let's at least make an attempt to get real.  Trump has pushed the boundaries of morality and legality all his life.  Up until now he has been extraordinarily lucky at getting away with shenanigans that would have put most of us here in prison or dead broke after having been successfully sued into fiscal oblivion.  He was born into wealth with a father who taught him how to game the system to personal advantage.  He is a gamester, a liar, a fraud, a cheat, a whoremonger, a total self-server, and in short not a nice person at all.

Should anyone truly believe the actions taken at Mar-A-Lago are simply a politically geared attack on Trump, please think again.  Actions such as this, especially when one considers the enormous focus such a thing would draw, must be carefully planned and based on real, demonstrable evidence indicating that significant harm is afoot.  The Feds did it right, and the vitriol being directed at them (along with threats of physical harm) is idiotic and dangerous.

Trump has always demonstrated that he feels he is above the law, and only recently has he been feeling any heat.  His response is to play the victim, which he does quite well but only serves to demonstrate just how weak he is.  He is a coward, a bully, a thug.  He does not respond to attacks with evidence, but rather with bellicosity and unproveable accusations.  Unfortunately, he has convinced hordes of drones to buy into this nonsense.  These piteous hordes are not stupid, but rather horribly gullible.  They believe his crap.

I fully expect those members of the aforementioned hordes here to holler "Libturd, leftist, commie, socialist.." and other such childish things at me after this.  I don't freaking care.  I am by nature able to evaluate and appreciate liberalism and conservatism and have always voted accordingly provided those viewpoints are demonstrated by candidates demonstrating reason and some modicum of intelligence.  I don't currently see that with Republicans, since so many of them have become members of the Trump cult.  It seems nowadays that to be electable in that crowd one must either (1) be a True Believer in Trumpism, or (2) a gutless coward afraid to admit Trumpism is a road to the dissolution of democracy.

Not sure what “reality” you’re living in!

The disastrous withdrawal from Afghanistan, the ordering of vaccine mandates which resulted in the loss of essential personnel like police officers, fire fighters and health care workers, high fuel prices which Biden himself admitted are just part of the “incredible transition” away from fossil fuels, record inflation with no end in sight, Record number of illegal immigrants pouring over our southern border, the “woke” politicization of the FBI, the DOJ as well as our military…one EPIC FAIL after another since Biden was sworn in.

Whether or not all of this constitutes an "epic fail" no doubt depends on one's perspective. I'm sure that for many interests, foreign and domestic, they see this as a time of incredible progress towards their agendas...

What laugher this latest "where is carmen san diego caper"(:(:(:

These snowflake libturrds are so worried about Trump winning in 2024.

The joke is on these evil slugs.

Any captain obvious would know Trumpy bear isnt gona keep anything that could be used against him where these TDS mouth breathers are going to look.

That’s really what it boils down to…Trump living rent free in the minds of the marxist dems ;)

I can’t stop thinking about him. It’s gotten so bad I got stickers made of him and I compulsively slap them on every gas pump I use.

Maybe you’re right. In the shitter would be a much more appropriate place for those Biden stickers since that’s where he’s taking us!

and garland calls the maga bluff.  Gonna get interesting.

Garland is a weasel ;)

Classified documents are no longer classified if the president declassifies them.

Once Republicans take control of the House and the Senate there’s going to be “investigations” you can bet on it!

Pretty sad that’s what it’s come to in our country but it is what it is ;)

I agree Biden should definitely be locked up. Democrats put him back in the basement but he just keeps getting out lol.

Just tell Biden you’re taking him to get some ice cream he won’t know the difference lol. 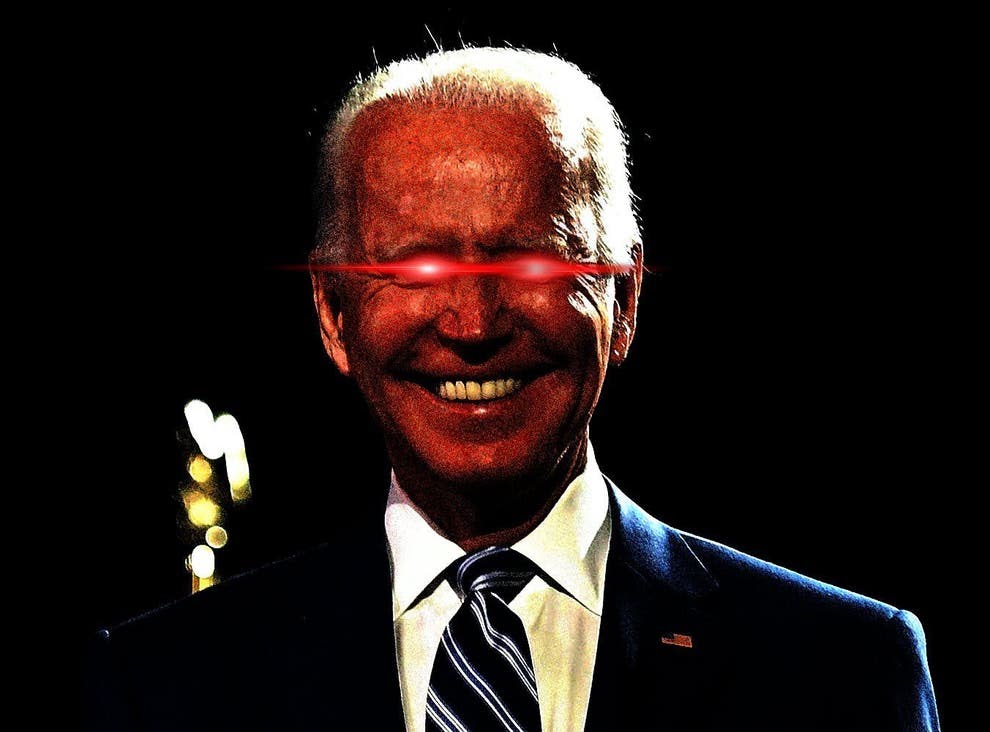 What does any of this have to do with weathering an economic depression or collapse, surviving a civil conflict, or learning Russian or Chinese?

Keep it current?! Lol it happened in the last 48 hrs weirdo

"Happened in the last 48 hrs" - to the surprise of whomst'd, cretin tool? 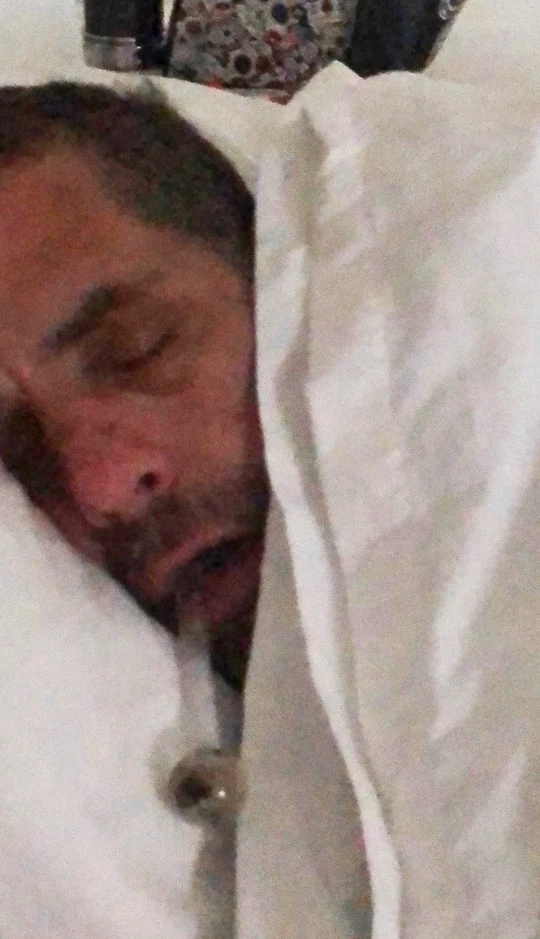