SAN ANGELO, TX — Jenny Cudd said she knew of no signal from President Donald Trump that ordered her to enter the U.S. Capitol Building on January 6, 2021. On that day, thousands of citizens stormed the Capitol, breached the barricades doors and windows, and entered it, sending members of a joint session of Congress and the vice president into hiding thus delaying the validation of Joe Biden’s electoral win over President Donald Trump.

Cudd was in San Angelo Tuesday night to talk about her only major run-in with the law.

According to the Department of Justice, 725 defendants were arrested for their role in the January 6 riot. Among those arrested was Jenny Cudd, a flower shop owner in Midland. Cudd told a packed room at the San Angelo Tea Party on Tuesday that when she entered the Capitol Building she did not believe she was breaking the law.

By the time Cudd arrived with her friend to the Capitol, “The barricades had completely been removed,” she said. “I walked into an open door.” After arriving in the Capitol Rotunda, Cudd said she witnessed a prayer circle of a group of protesters.

“Nothing about that day has been accurately portrayed in the national media,” she said.

"January 6 was wonderful. The most beautiful patriotic thing I’ve ever seen,” she continued. The reason was it was being around like-minded people who never protested before.

“I saw families in there. Elderly people. People with walkers or in wheelchairs. Nothing like what you have seen on TV,” she said. “They decided to show up for the first time ever to express their political views.”

She contrasted her January 6 experience with two previous trips she made to DC as part of her political activism for Trump. The first trip was on the July 4 weekend in 2020. This was during the Black Lives Matter and Antifa protests that were plentiful across the nation in the wake of the murder of George Floyd. The national media called those protests justified and “mostly peaceful.”

On July 4, Cudd claimed, after a day of wearing patriotic clothing and celebrating Independence Day, and as the sun set, BLM and Antifa protesters found conservatives, or citizens who appeared to be like-minded to her views, and “beat the tar out of them, especially the elderly.”

After the November 3 election there were a follow-on protests by Trump supporters who believed the election was dishonest. Cudd attended the first “Million MAGA March” in DC on November 14, 2020.

“BLM and Antifa were everywhere and they beat the tar out of people while the police did nothing about it,” Cudd said.

Cudd said on January 6 she left the Capitol and made it back to her DC hotel as her own decision. No one was pushing the protesters out at the time she departed the Capitol Building. At her hotel, she collected her thoughts and recorded a 27-minute Facebook Live video detailing her experience. She didn’t mince words. Drinking a Coors Light she made several militant declarations.

“I don’t know if you heard of the shot heard around the world, but that was it. And I’m not f*ing around,” Cudd said on her live video.

Cudd said the next morning, January 7, when she walked to the front of her hotel at 4 a.m. to catch an early flight home, all of DC was shut down, including taxis and ride shares. Google Maps had gone dark for DC, too. If not for a rebellious taxi cab driver who happened to appear just in time in front of her hotel by breaking the rules, she said she would have missed her flight.

At the airport, Cudd said this was when she first noticed a change in attitudes. Many Trump supporters at the airport were angry and expressing their concern that the Capitol breach would be used as a tool by the Left and the media to turn public opinion against the cause.

The sour mood at the Washington airport proved ominous. Cudd stopped over in Oklahoma City to visit family on the way home. She said when she landed, her phone “blew up” with texts and messages about the live video she recorded the day prior. It had gone viral and not for a good reason. Leftists had doxed her and used the video as justification to begin a long online harassment and bullying campaign against her, she said.

Cudd believes it was the viral video that attracted the attention of the FBI who eventually sent the Midland police and Sheriff’s Deputies to arrest her at her flower shop and charge her for crimes she committed on January 6. She said in addition to the online harassment, many vendors canceled her company’s accounts, including PayPal and Stripe. She lost the ability to process credit cards. One employee quit over the constant harassment, she said. Even AirBnB flagged her and she still cannot use that service.

Cudd said the pressure on her was immense. The cost of defending herself alone was likely to cost her $150,000 and take two years or more to go to trial. She said she wanted to get it over with so she took the plea deal that she said would allow her to go out right away and educate people about the still incarcerated January 6 defendants.

At the same time, Cudd offered some contrition.

“There are four things in my life I am ashamed of. When I was a kid, I phone banked for George H.W. Bush. I campaigned for George W. Bush, then I voted for (presidential candidate Mitt) Romney, and I walked into the Capitol that day,” she said.

She said it was important to her to tell others what really happened on January 6 and listed a number of national news stories that have since been debunked.

So brave to tell her story.

Haha right! After you referred to her as a “dumb cunt” just the other day.

Do you really have nothing better to do? I mean, surely you realize that anyone who’s been commenting here sees through your bullshit right?

Such a moron lol.

Blanco, how can you be so callous?! She almost missed her flight home!

Why don't you kiddos chill out a bit and accept the fact that no two people can agree 100% on everything. Neither of you are experts on anything political, so stop trying to make the other appear as idiots. As for me, I have no political affiliation...... period.

I am a self-aware idiot. Can’t speak for Blanco. Maybe he knows? ?

"I have no political affiliation...... period."

In the last election did you vote for Biden or Trump?

Hmmm nothing to add then typical ;)

Sorry to bother you go back to sleep ;)

A flower shop owner? I've heard stories about flower shop owners. They are much worse than the mask wearing, molotov throwing, police attacking, neighborhood burning, looting antifa rioters that terrified cities for weeks during what the democrats still proclaim as peaceful protests. It's easy to see the similarity between the two. I totally understand how the left in all their fairness want all these highly dangerous people sent to prison.

14,000 people were arrested during the George Floyd protests, most for low level offenses, just like this sack of sourdough so your "whataboutism" is tone-deaf.

I hear you are a business owner. Isn't it about time to start mixing up your lemonade?

Got your's right here.  Less piss this time, I promise.

I don't guess I realized you had to be black to be antifa. Is that true? Do you keep close track of that?

I don't know what color of skin the bogeyman has.

These guys, though, are probably all white, if I had to guess. They like to hang out in the back of UHauls in, what I believe is called a "soup kitchen". 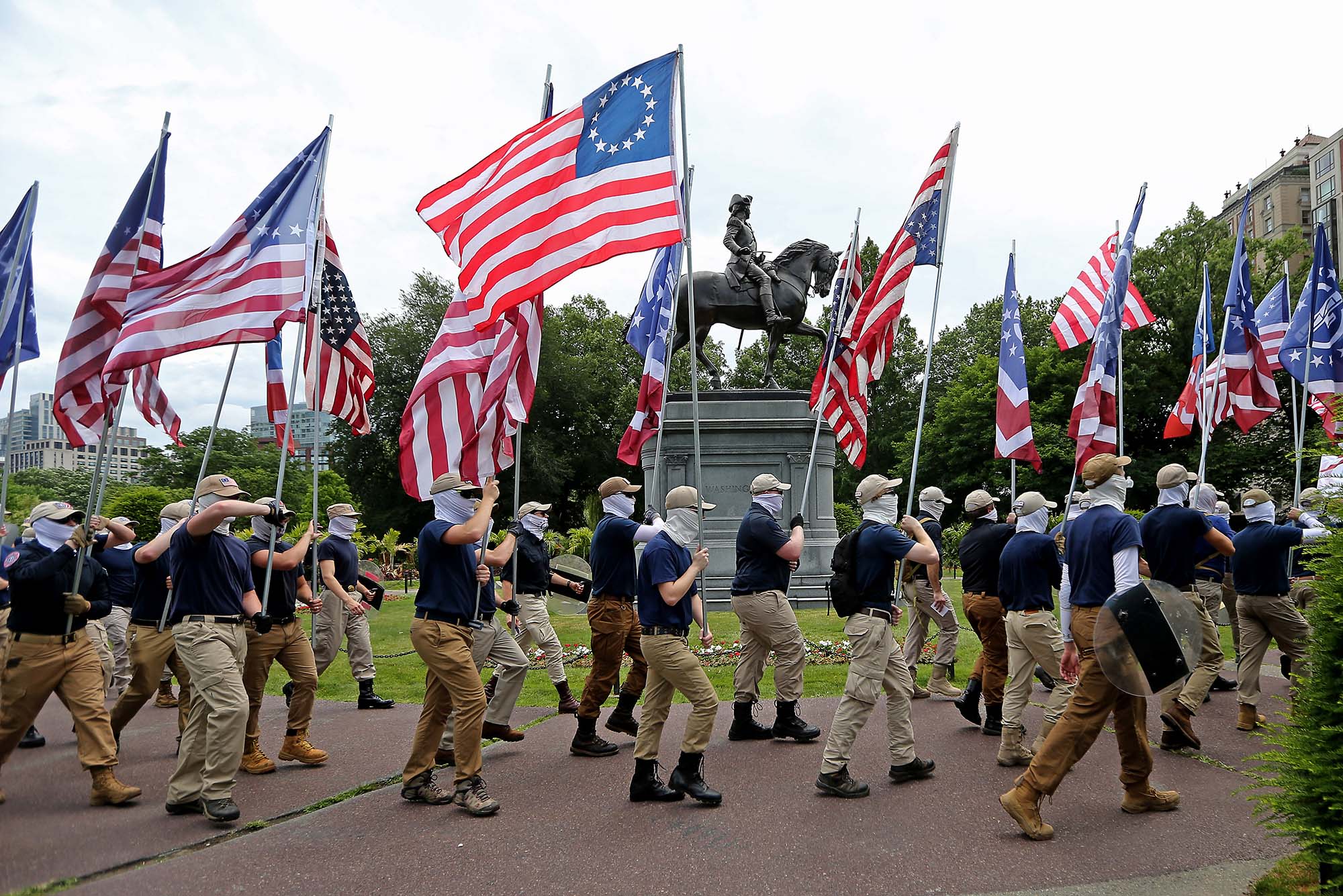 If you look close enough they glow

Good for her and I hope she ends up getting tons of money after all this BS.