Coronavirus By the Numbers: Here's the Map of Cases in Texas Tuesday

SAN ANGELO, TX – As previously reported on March, 30, according to the Texas Department of Health Services there were 1731 confirmed cases of the coronavirus in Texas.

Following Tuesday's update from the Texas Department of Health Services, the number of confirmed cases has risen to 3,266, with the current fatality toll up to 41. 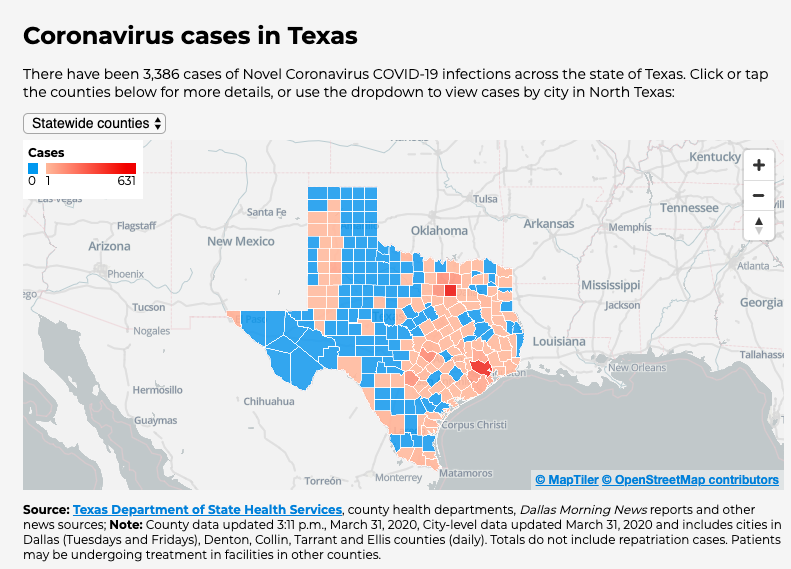 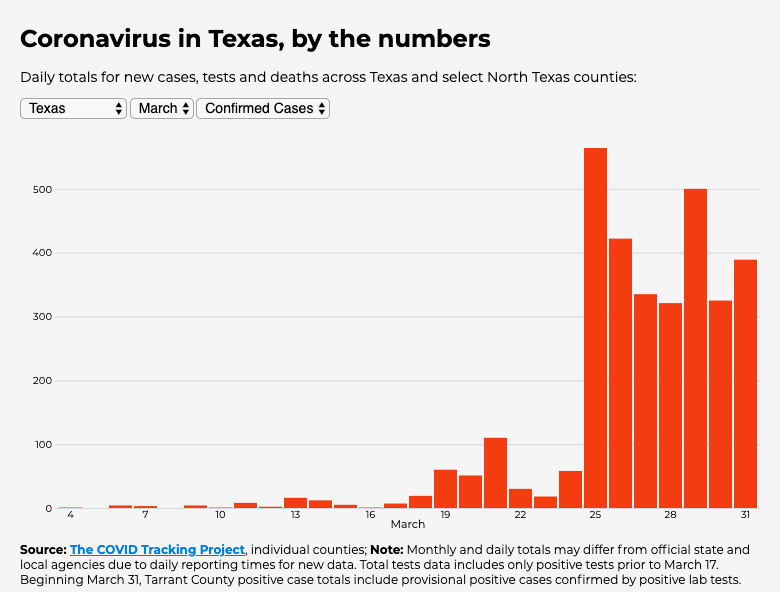 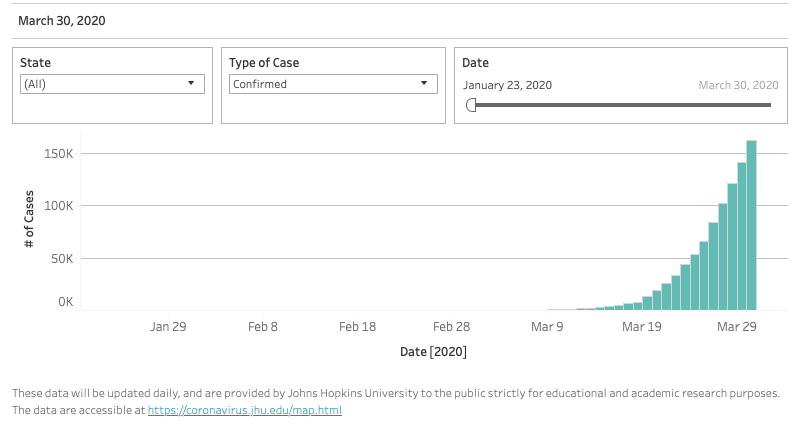 If the number of confirmed cases is 3,266, and we've had 41 deaths due to this, doesn't that mean that we've experienced a fatality rate of a little over one percent for those infected? I have to wonder if there's a breakdown of these fatalities by age and by other complicating health factors, since after all, the lethality of this virus is why everyone has agreed to hunker down as if we'd encountered the bubonic plague. I also wonder how that fatality rate compares to things like the flu...

Also, I'd like to thank my cat for helping me with the division here and helping to correct my dyslexic spelling cowabunga errosrs.

Japanese Deputy Prime Minister and pro-Taiwan advocate Taro Aso had some harsh words for the World Health Organization and its compliance with Chinese Communist Party propaganda on Sunday.
Speaking to Japanese lawmakers, Taro Aso referenced a Change.org petition calling for the removal of WHO Director General Tedros Adhanom Ghebreyesus.

“Although the details are murky, the WHO’s previous Director General was a Chinese national, and at he time, there were complaints all around,” Taro Aso said.

“Early on, if the WHO had not insisted to the world that China had no pneumonia epidemic, then everybody would have taken precautions. The WHO, which is a global organization, does not even include Taiwan, and then precisely because Taiwan is not a member of the WHO, it becomes a world leader in fighting the epidemic,” Taro Aso continued.

“After that statement is made, the CCP jumps out to correct it, it says Taiwan is a region, not a country.”

The WHO has come under intense criticism for essentially acting as the medical propaganda wing of the CCP.

Everybody Was Kung Flu Fighting

Your a special kind of dumb

in Update: Child Cyclist Run Over in Crash on College Hills Airlifted to Austin