SAN ANGELO, TX. – On Saturday night, at approximately 8 p.m. a vehicle pursuit of a stolen vehicle took place around the Fairgrounds and ended with a crash.

According to court documents, two people, April Gomez, 24, and Demetrius Sewell, 19, were arrested after the vehicle the two occupied crashed into several fences and a few cars. The suspects crashed a stolen maroon 2006 Honda Pilot into a fence on the 100 block of Estate Drive property where the female, Gomez, entered without consent of the owners and tried to hide from police, but was later found. 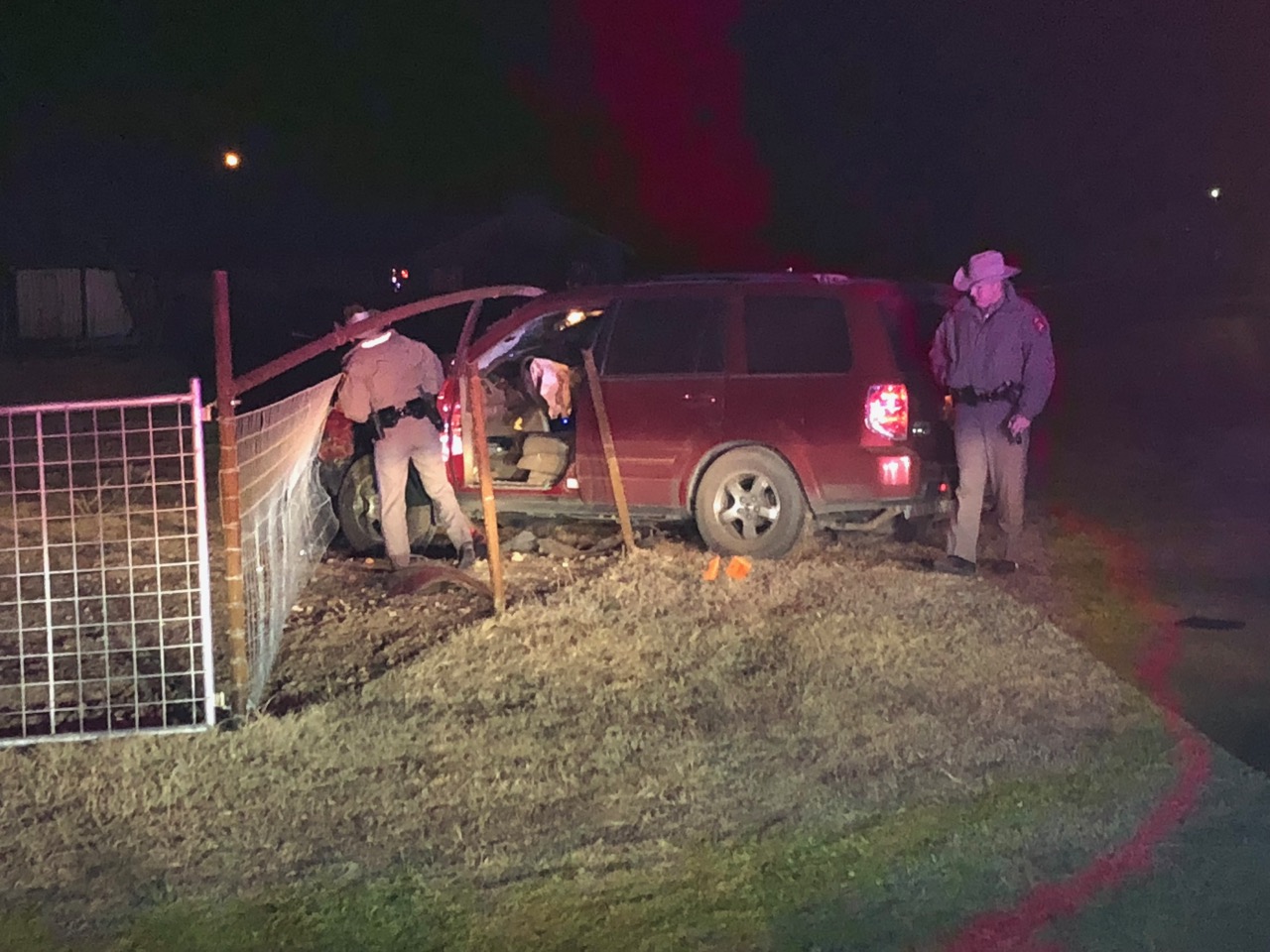 Meanwhile, the other occupant of the Honda, Sewell, ran on foot. He was described by officers as a male subject with a shaved head wearing a black baseball type cap, a black T-shirt, blue jeans and shoes that were black, blue, and white, according to court documents.

The Investigating deputy, Deputy L. Smith, was approached during the investigation by a resident on Lawndale Drive. The resident, a man, complained that his daughter-in-law had just had a run-in with a man who matched that description. He said the male subject ran aggressively at his daughter-in-law and she was screaming for him to retrieve a firearm.

It was on Estate and Mimosa Drive that Sergeant J. Corbell attempted to locate Sewell but Sewell continued to try to evade arrest.

San Angelo police eventually found Sewell at Gate #3 at the Fair Grounds, where he was out of breath and not wearing any clothing to protect him. When he was finally arrested at 8:25 p.m., police reported the temperatures in the mid-30s F.

During the investigation of the vehicle, a backpack that belonged to April Gomez was discovered. Inside the backpack police discovered syringes and a dark brown substance that was identified as Methamphetamine.

Demetrius Sewell was charged with two counts of Evading Arrest, and Unauthorized Use of Vehicle.

Demented Demetrius could/should have been shot for running up on dudes daughter in law. So many of these type loser slugs in our fair city.

The meth situation in this town seems to be out of control. This crap and worse will continue as long as there are meth addicts. Are there any programs here to get people off this damned drug? Drug addiction is a sickness. It should be treated like any disease...

"Recovery" has to begin with the user. Many times it's a long, drawn out process which does little more than buy the offender more time to use and victimize.

As a private citizen, making life uncomfortable and inconvenient for these assholes is the best route to take.

Report the activity to authorities. If you have some flood lights and security cams you can aim in their general direction, all the better -- they hate that. Most meth-heads are well on their way to incarceration or death. Desperation seems to hasten this process, and I'm all too happy to help.

What do you bet

They get probation. Tom Green counties only profitable "racket"

I will never understand why there are those who think that it's okay to take others things! Baffling!!