CBP: Predator Drone Crashed Because of a Mechanical Issue

As previously reported firefighters with the San Angelo Fire Department were dispatched to Mathis Field at the San Angelo Regional Airport for the report of a aircraft emergency. Here is the original story: Predator Drone Crashes on Runway at Mathis Field

Crews are still on scene cleaning up the debris of the crashed predator drone.

According to the airport administration, they have shutdown runway 18/36 and 9/27 but still have runway 3/21 open. 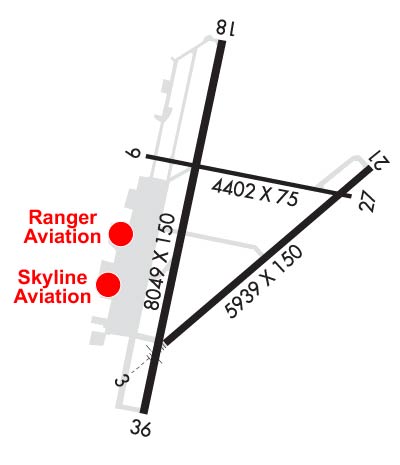 The following is release from the CPB:

A U.S. Customs and Border Protection (CBP) Air and Marine Operations (AMO) Unmanned Aircraft System (UAS) experienced a nose-wheel collapse, resulting in a hard landing, on arrival at its home base on Mathis Field, San Angelo Regional Airport, on May 15. The hard landing resulted in the aircraft departing from the runway and coming to rest in the grass. The airport fire department arrived on scene within minutes and extinguished a fire on the aircraft. Initial damage assessment of the aircraft is extensive. There were no injuries resulting from the incident. A CBP AMO Accident Investigation Team has been activated as per CBP policy. AMO will pause flight operations at San Angelo until further notice.

U.S. Customs and Border Protection is the unified border agency within the Department of Homeland Security charged with the management, control and protection of our nation's borders at and between official ports of entry. CBP is charged with securing the borders of the United States while enforcing hundreds of laws and facilitating lawful trade and travel.