SAN ANGELO, TX — The driver was northwest bound headed towards Wall on U.S. 87 South when for an unknown reason, the vehicle veered off the lefthand side of the roadway. The vehicle, so mangled that we cannot determine the make and model, but looks like a small SUV, plowed through the railing on the left side of the roadway, then went through the railing and down the creek bank of Lipan Creek. The speed and momentum was so great that the vehicle traveled through Lipan Creek in the median between the northbound and southbound lanes. It continued to travel only partially up the bank on the other side of the creek where it came to a stop abruptly. 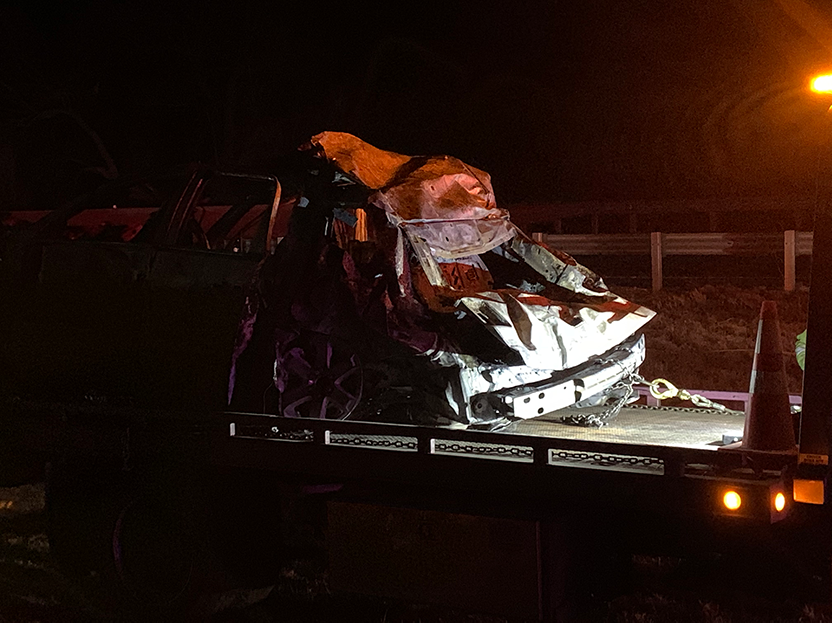 There, the vehicle caught fire and burned a short while until the Wall Volunteer Fire Department arrived. When we arrived at around 10:30 p.m., several minutes after the Sheriff issued a Nixle alert that all four lanes of U.S. 87 North were blocked, the Wall VFD had just batted down the flames but was continuing to douse the wreckage with water to cool the wreckage. 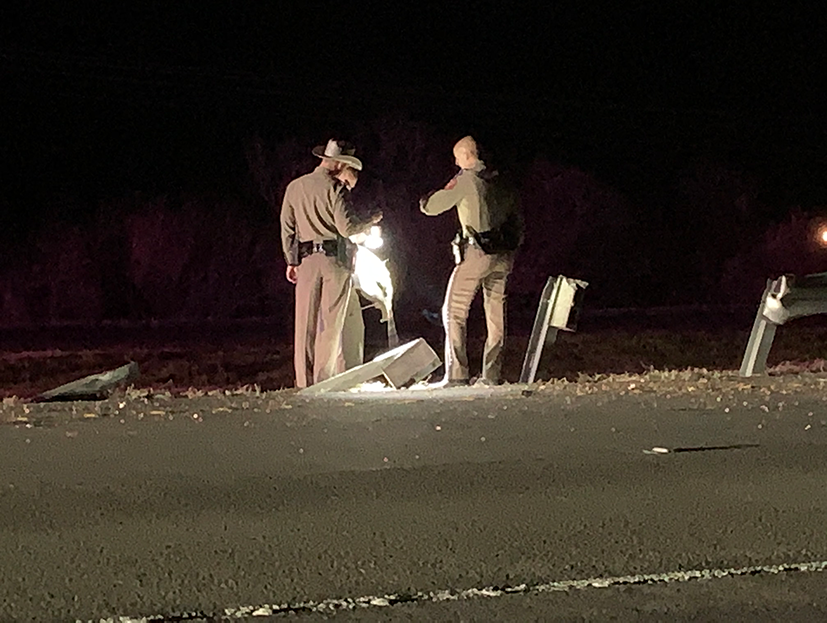 A San Angelo Fire Department EMS ambulance was observed leaving the crash scene. It was not sounding its siren or displaying emergency lights as it drove away.

The Texas DPS was investigating the crash. It appeared to involve only one vehicle. The crash happened at the bridge over Lipan Creek, just southeast of the Roberts Rd. crossing on U.S. 87 South. 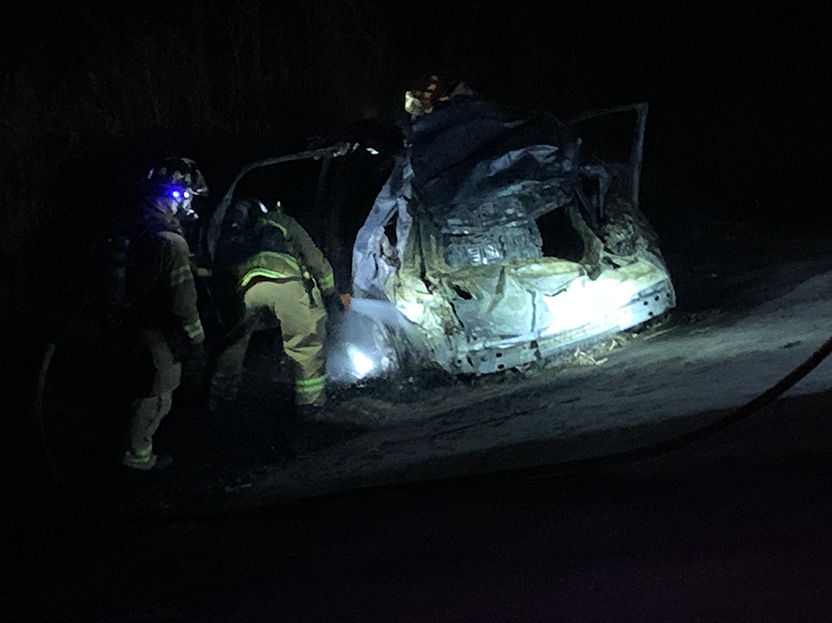