The SAPD and paramedics are at Lake Nasworthy right now with search and rescue crews looking for a victim involved in a jet ski/ kayak accident.

From what was reported over the radio, two jet skis collided with one or possibily two kayaks close to the ASU Lake House. 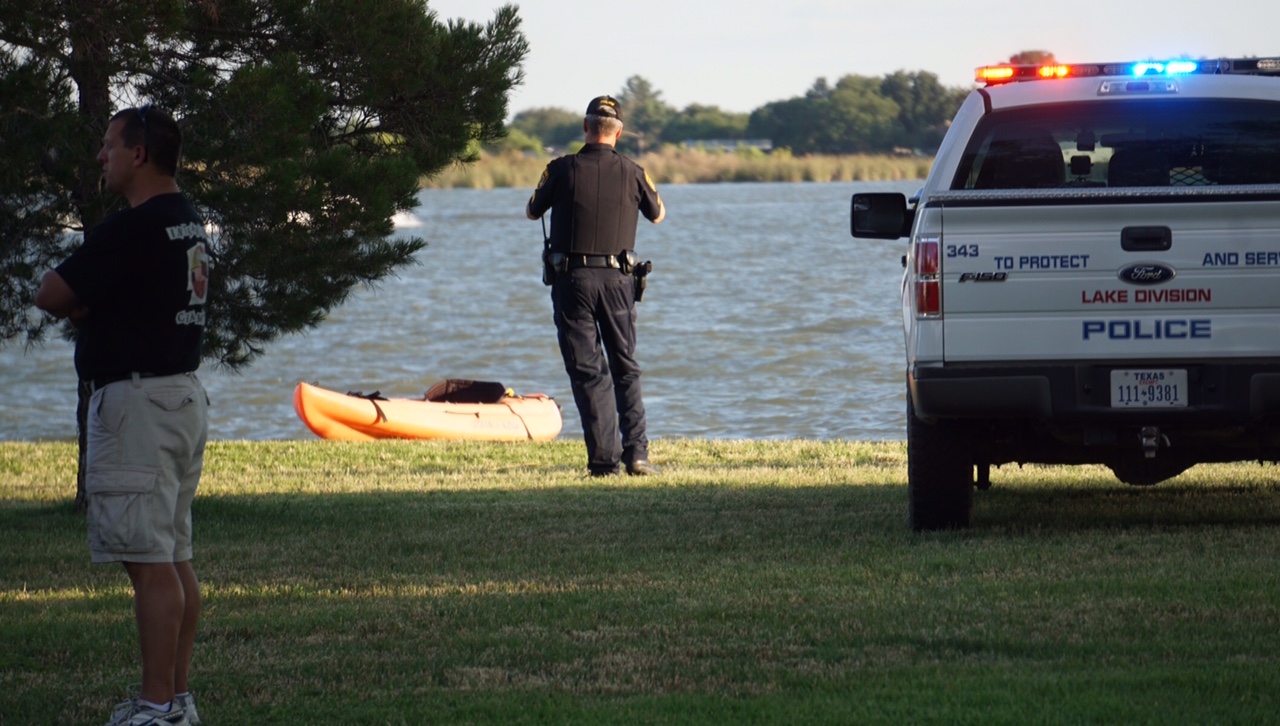 Our reporter on the scene says that an ambulance possibly transported one or more victims of the crash to the hospital shortly after he arrived on the scene. Lake patrol is circling the lake, and a detective is on the scene. More SAPD search boats are showing up and onlookers are cruising close by as well.We will continue to bring you the latest updates as the search and rescue continues. 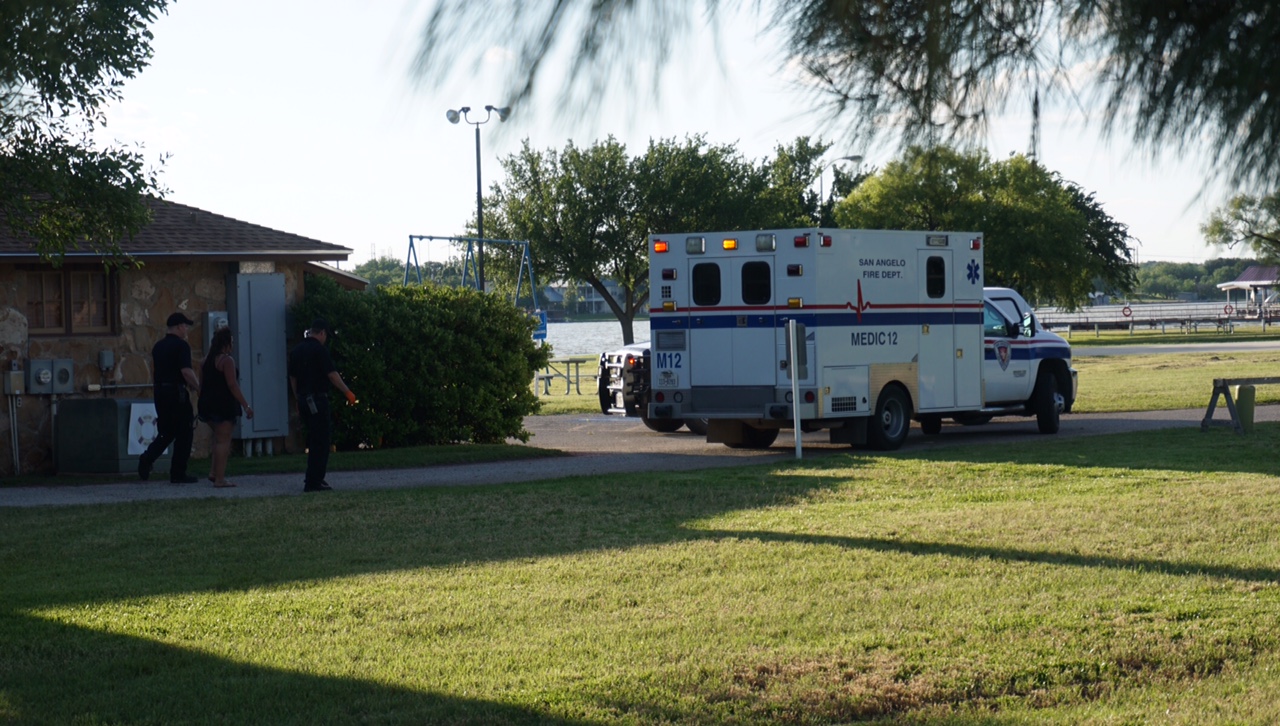 Police Chief Tim Vasquez says that one person is missing and that they are dragging the lake now.

ASU just announced via twitter that the university lake house will be closed tomorrow June 7, adding that they will update everyone when it reopens. 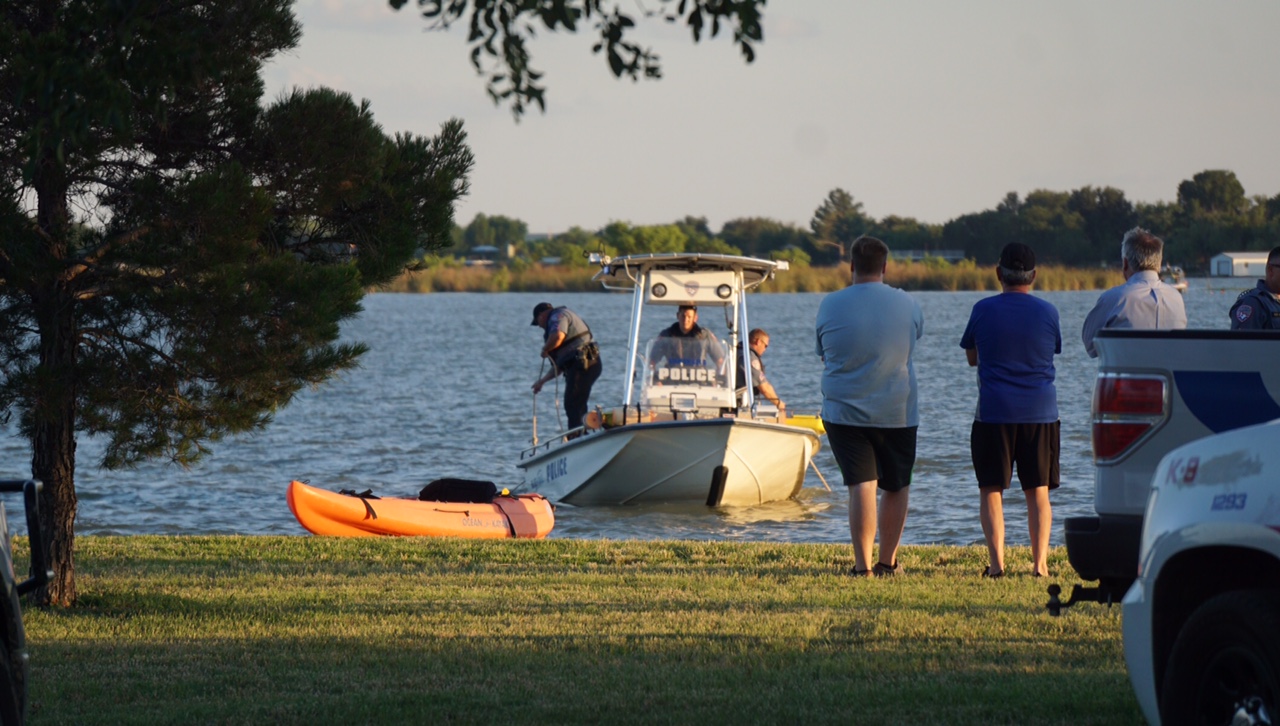 Wike said that two kayaks were traveling together side-by-side. A jet ski collided with both kayaks. A female victim who was piloting one of the kayaks came up and was rescued. They other kayak pilot was missing.

The other operator of the kayak didn’t come up, Wike said.

Texas Parks and Wildlife were assisting in the search and will be out at the location in the morning.

“We’re probably looking at a recovery effort, not a rescue,” Wike said.

The kayak pilot who is missing is probably not wearing a life vest. They found the life vest attached to the kayak.

“Lake water doesn’t have current. We use underwater sonar, but it’s not a submarine. We use our best efforts and the tools that we have. So far we have not seen anything that is promising,” Wike said.

Scientifically, the body will develop gases and it will float, Wike said.

The other victim was taken to the hospital with non-life-threatening injuries.

Angelo State President Brian May tweeted, "Very sad to report an accident this evening near the ASU Lake House. Keep the Ram Family in your thoughts and prayers." The accident occurred in front of the Angelo State University lake house.

Very sad to report an accident this evening near the ASU Lake House. Keep the Ram Family in your thoughts and prayers. #RamFam @angelostate

Police have not released the name of the missing kayaker. They did say that he is a 20-year-old male. The female victim was treated and released from the hospital. The search continues throughout the morning. So far, there were no announcements of the kayaker being found. The ASU boat house on Lake Nasworthy is closed.

The city needs to ban jet ski's from the lake, they are nothing but a nuisance and danger to all who are on the lake......

I've heard a lot of talk

I've heard a lot of talk lately online and in town about requiring life jackets for kayakers and banning jet skis. Both of these ideas are nuts. Bad things happen everywhere. Taking away enjoyment of the outdoors and forcing more laws on the community isn't a way to solve anything. When you get on the water there is always a risk. If you are an adult capable of making you're own choices then you have to accept the risk that goes with that choice.

If we are to use your logic, then we need to ban automobiles, motorcycles, cell phones, etc. It is not the jet skis that cause the problems. It is the people using them. Please try to think a little more clearly "Doctor Ding-bat" before posting such silly broad statements.

Was just a matter of time

I kayak on the lake regularly and have had close calls with reckless jet skiers countless times. I knew it was a matter of time before someone got hurt. Those look like GAFB rental kayaks, does anybody know if the victims were military or college students?

I agree with Jodi. If we ban everything that has a slight risk of danger, we may as well all just stay home. Wait, homes have been known to catch on fire. That's pretty risky, we better ban those too!
I've owned jet skis in the past and I, nor anyone that I let ride them were ever hurt on them. And we never endangered anyone else around us either. As with anything in life, there is a right way and a wrong way.

I hope all is well at the lake. I'm afraid that "dragging the lake" will not turn into any good news. Looking forward to more updates

Maybe kayakers need to have the same rules as far as wearing life jackets... This Search could have been prevented... Prayers are with all involved

Just a matter of time.

Only surprise is they hit a kayak. When boating at speed and the sun is in your eyes and cant see you should slow down, (news flash water craft do not have brakes)!!! Most of these so called jet ski operators are riding to fast and beyond their means already. They act like cause they are small and fast they can go and do where they want. Most of these jet ski operators are usually running closer than the law states to other vessels, just so they can jump boat wakes and show out, its a wonder that someone hasn't been killed before now. On the same note I have seen this with boaters as well. Lake law enforcement needs to do a better job enforcing these type water craft violations. Thoughts to the family of victims.

I am not surprised at all that this happened. This is one of the most dangerous places to drive car, why would it be any different on the lake!