Motorcycle Crashes Close to the Base

The stench of gasoline is invading the air at Christoval Rd. and Jody Ln. where it appears a Honda Shadow Spirit collided with the passenger side fender of a late model F-150 truck at about 12:58 p.m.

SAPD was on the scene and  blocked Old Christoval Rd. to through traffic for a while as they investigated the crash.

The motorcyclist was transported to Shannon Medical Center with unknown injuries. He was wearing a helmet, so there were no significant head injuries.

Officer Gesch is investigating the scene; we will have more when SAPD wraps up their crash investigation. 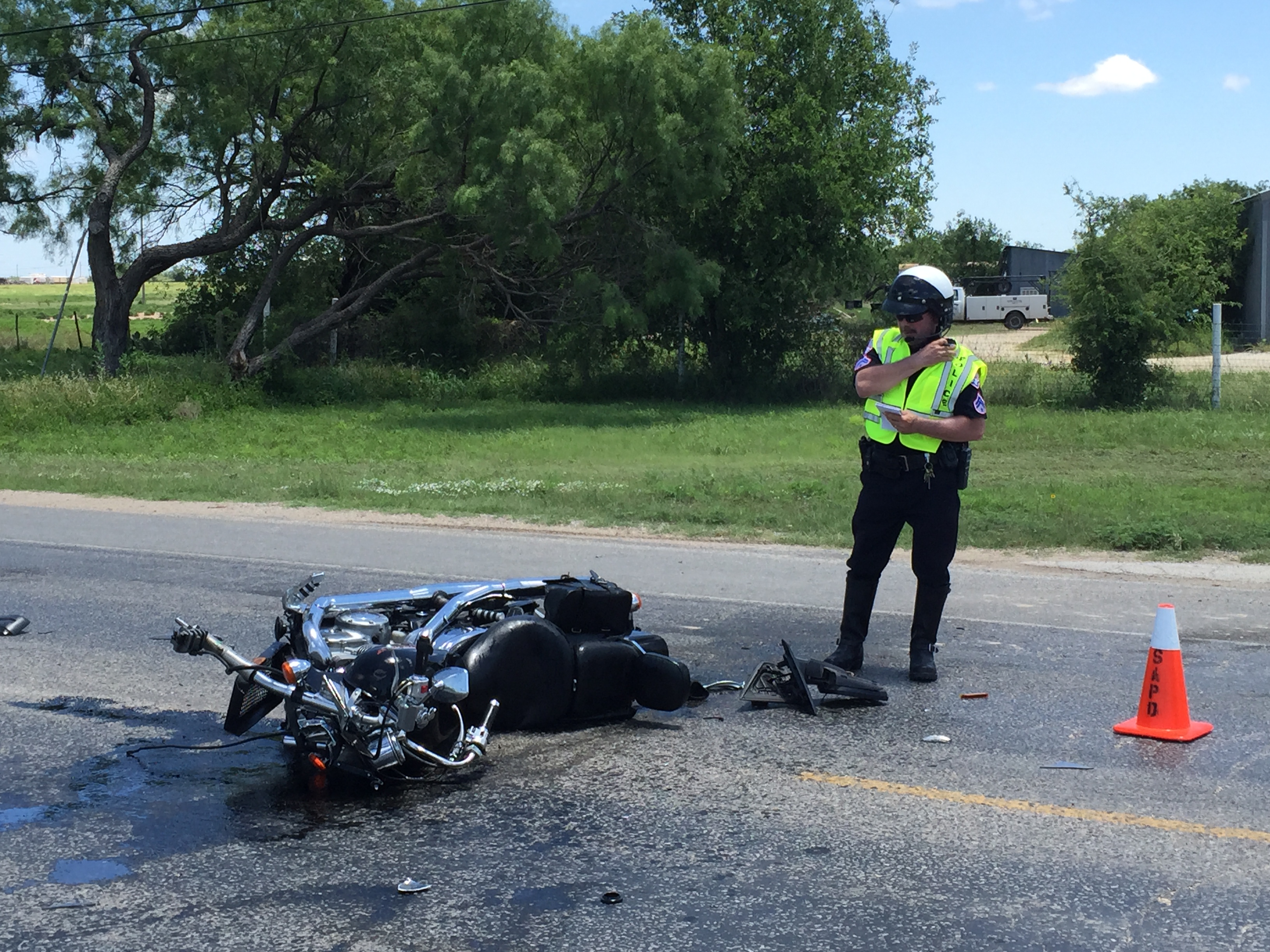 SAPD said that the driver of the Honda Shadow was northbound on Christoval Rd. and the F-150 driver was southbound on the same road.

James Bidins, the F-150 driver, attempted to make a left hand turn into a private drive, and failed to yield causing the Shadow to collide with the truck. Bidins, 22, was cited for failure to yield while making a left-hand turn, driving while license invalid, no insurance and expired tags.

The motorcyclist did sustain serious injuries, however they are non-life threatening, largely due to the fact he was wearing a helmet. According to the officer, he has some broken bones from the force of impact.

The speed limit on Christoval Rd is 55 miles per hour, not leaving a lot of time to react if someone turns unexpectedly in front of you.

Hope this idiot gets 10 years for this. We have too many drivers in this town like this!

Yet another idiot who was intentionally breaking the law? I'm stunned.

"...cited for failure to yield while making a left-hand turn, driving while license invalid, no insurance and expired tags."

Just exercising his right to be irresponsible and create mayhem on the roadways.