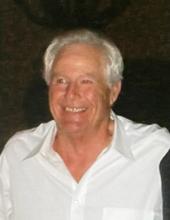 No services have been scheduled at this time. Arrangements are under the direction of Robert Massie Funeral Home.

Tooter was born on January 30, 1946 to Delpha Lee and Walter Edward Brooks Jr. in San Angelo, Tx. He grew up in Mertzon with his Brother H.L. Brooks and Sister Billie Masters. Billie sadly passed away the day after Tooter on August 12, 2022.  Tooter was a landman most of his life.