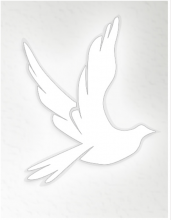 Graveside services will be 10:00 AM Monday, June 27, 2022 at Fairmount Cemetery with Pastor Lakan Mariano, Senior Pastor at College Hills Baptist Church, officiating. Arrangements are under the direction of Robert Massie Funeral Home.

Mr. Hall was born on February 17, 1968 in Bryan, Texas. He graduated from Round Rock High School in 1986 and attended Howard Payne University. Steven loved working with computers and manifested that into an over 30 year career in the information technology field at various organizations, including the Sitel Group, as well as, Desert Rose Manufacturing Company. He enjoyed all animals, especially his beloved dogs, Belle and Venus. Steven was funny, had a good sense of humor, and liked listening to music. He enjoyed attending church regularly and spending time with his family, cooking on the grill and being Uncle Steveo.

Survivors include his mother, Marcia Samuelson and her husband John of San Angelo; his sister, Stacey Hall Bain and her husband Kevin of San Antonio; his brother, Jeffery Scott Hall and his wife Angela of Bulverde; two nieces and two nephews, Olivia Bain, William Bain, Audrey Bain, and Rhettley Hall.