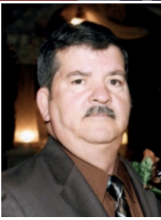 Freddy was born on November 10, 1946, in San Juan, Puerto Rico to Luisa Borrero and Maximo Julia. He was a proud Vietnam Veteran whom served in the U.S. Army from 1966-1988. This included deployments to Germany, Ethiopia, Vietnam, Thailand, Philippines, and Panama. He retired from the Army Intelligence division after serving 22 years as a Staff Sergeant. During Freddy’s time in the Army, his favorite memory was driving Jeeps leading to his purchase of one in 2021. He also loved to play Doo-Wop music while taking drives around town.

Freddy is preceded in death by his beloved wife Concepcion “Connie” Cardenas. They were wed on February 18, 1986.

His legacy will live on by his children: Sergio Cardenas and wife Darlakay Cardenas, Adeline and husband Jay Aviles; Ivonne Julia and husband Al; Frederick Julia Jr. and fiancée Melinda; and Arlene Estrada and husband Angel.

The family would like to extend a special thank you to Anita Duran, his generous caregiver of four years; pallbearers Robert Blanco, Johnny Anderson, Armando Castillo, Roberto Sanchez, Mike Vega, and Josh Aguirre; Lance Schkade for helping Freddy care for his dogs; and the staff at Shannon Medical Center, including his nurse Josh Cady, and Medical Assistant Dulce Cortez, for their endearing care.

A rosary will be held for Freddy at Harper Funeral Home on January 25th at 7:00 pm. The funeral service will be January 26th at 10:00 am at Saint Mary’s Catholic Church. Interment will follow at Belvedere Memorial Park.

“Peace I leave with you; my peace I give to you. Not as the world gives do I give to you. Let not your hearts be troubled, neither let them be afraid.”
-John 14:27