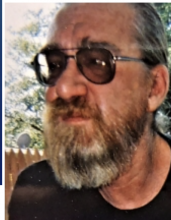 Alvin Dale Porter, 73, went to be with the Lord on Saturday, November 27, 2021, at his home in San Angelo. Alvin was born November 6, 1948, in Abilene, Texas to Delton and Dixie Atkins Porter. He grew up in San Angelo and graduated from Central High School. After high school, Alvin began training as an electrician. Once he achieved his electrician’s license he worked for numerous companies over his lifetime and retired as a master electrician in 1999.

Alvin was a loving son, brother and grandfather who enjoyed spending time with his family and friends. He especially enjoyed being with his grandchildren. In his spare time, he loved car racing, riding his Harley Davidson, camping and telling funny stories. Alvin was a very easy-going person and loved by all his family and friends and he will be dearly missed. He was preceded in death by his parents, one brother, Roy Darrell Porter, and granddaughter Kylee Rhiannon McLaurin. Alvin is survived by his daughter, Erin McLaurin and husband Christopher, of San Angelo; Son, Michael Porter and wife Pamela, of Arlington, TX; his grandchildren Kyrus, Logan and Taylor McLaurin, Annalysa, Michael, Karalynn and Andrew Porter; and sister Debbie Harris and husband Benny, the mother of his daughter Vicky Porter, nephew Kevin Lee Gray and his friends that were like brothers to him, “The 50’s Group.” A private memorial service will be held at a later time.