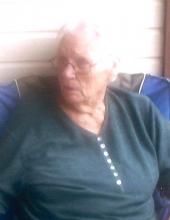 Hazel was born in Paint Rock on March 23, 1932 to William Olen and Salley Joiner Baldwin. She married Marvin Jennings Ferguson in Ballinger on February 10, 1949. Hazel was a homemaker and a member of the Eldorado Baptist Church.

She was preceded in death by her husband of seventy one years, Marvin, on June 11, 2020; and by two brothers, Walter Olen Baldwin and Baby Baldwin.

To send flowers to the family or plant a tree in memory of Hazel Biddie Ferguson, please visit our floral store.