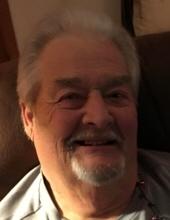 Charles Edwin “Tim” Childers peacefully went to be with his Lord and Savior Jesus Christ on Saturday, July 17, 2021 in San Angelo, Texas. Tim was born in Albany, Texas on July 2, 1938, to Catherine and Edwin Childers and grew up in Odessa. He later joined the Marines, proudly serving his country for eight years in the United States Marine Corps and Marine Corps Reserve. Tim lived happily in Menard, Texas for a large part of his life, residing on the family ranch outside of Menard. He found peace and joy living in the country surrounded by nature and the San Saba River. He was honored to be elected and serve as Menard County Commissioner and later Menard County Judge.
Tim was preceded in death by an infant son, his wife Shirley Gross Childers, parents Edwin and Catherine Childers, sister Mollie Wagman, nephew Howell Wayne Dodd and great-nephew Jacob Lee Power. He reunited with his high school sweetheart LaDee in 1994 and they were happily married for over twenty-six years. Tim is survived by his wife LaDee, daughter Cari Riley and husband Guy, stepdaughters Susan Guinn, Kelley Tobin and her husband David, Connie Eddy and Starrla Grammer and her husband Harvis. He is also survived by his sister Reena “Sissy” Dodd and her husband Ronnie, brother Howell “Boogie” Childers and his wife Bonnie, and many grandchildren, great-grandchildren, nieces, nephews, great-nieces, and great-nephews.
A family gathering will be held at Johnson Cemetery in Moran, Texas on Friday, July 23, 2021 where Tim will be laid to rest. In lieu of flowers, the family requests a gift donation to Tunnel to Towers or a charity of choice.