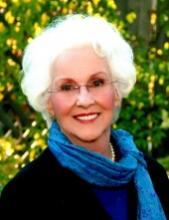 Jane Bryant Shurley passed from this life on the morning of June 14, 2021. She was born to M.D. and Ethel Bryant on October, 29, 1929 in San Angelo, Texas. She attended the first established classes at Santa Rita Elementary and graduated from San Angelo High School. In 1949, Jane married Billy R. Shurley and they moved to the ranch, south of Marfa, TX, just in time for the 1950’s draught. Despite the conditions of those early years, they were successful in raising sheep, cattle, and horses.
She was preceded in death by her parents, sister Ann Watkins, and brother Doug Bryant, Bill Shurley and grandson Asa R. Nixon.
She is survived by son Michael Shurley (Suzanne), daughters Patricia Shurley, and Rachael Shurley Nixon (Gene). Grandchildren: Katheryn Shurley, Bryant Shurley (Christal), Emily Carter (Josh), and Ben Shurley; Chloe Bodenhamer and Christian Bodenhamer; Hannah Goodman (Creel) and Caleb Nixon. Great grandchildren: Grant, Kherington, Brooklyn, Vivica, Luke, Alexia, Sawyer, Aislin and Avery.
A highlight for Jane was getting to be an extra in the BBQ scene in the movie Giant, which was filmed in the Marfa area. She was a skilled and adventurous pilot, who participated in air races that took her across the United States. She won the Powder Puff Derby with Edna Gardner Whyte. She was a MISD school board president, and the first woman Mayor of Marfa, TX. Jane loved all forms of art. China painting, pottery, sculptor, jewelry making, water color, her hippy moment in macramé and decorative painting were her passions. She loved showing her grandchildren the world of visual and performing arts through museums and travel.
Jane was gifted the names of “Mama Jane” and “Lolly” by her grandchildren. All that knew and loved her, called her by those names! She welcomed all to her yard in Marfa for her annual Easter Egg Hunt and swimming in her pool. Each summer she hosted Camp Lolly Lolly for her grandkids which included swimming, lots of art projects and fun.
We all agree she was the best cook and loved to throw a party for no reason. You never left her home hungry. She was famous for her pound cake!!
Our mother was a wife and a mother to her children, grandchildren, and great grandchildren. She set an example for her family and for many others of being kind, polite and yet tough. She was happy and content with her life and she was blessed. She loved knowing she was 91 and often said she was older than dirt - with a big laugh.
The family is grateful for Jane’s caregivers, Veronica Jalamos, Jovita Diaz, and to the staff at Hospice of San Angelo for their loving care.
Visitation will be on June 23, 2021 from 5:00 – 7:00 pm at Harper Funeral Home, San Angelo, Texas.
A graveside service will be June 24, 2021 at 10:00 am at Fairmount Cemetery, San Angelo, Texas.
As a generational ranching family, we want to honor our mothers’ memory by recognizing the importance and selflessness of the many volunteer firefighters in the Volunteer Fire Departments of the Marfa and Dove Creek areas.
Memorials are appreciated and may be made to: The Marfa Volunteer Fire Department, PO Box 846 Marfa, TX 79843 432-729-4838 or the Dove Creek Fire Department, 11191 Northcross Lane, San Angelo, TX 76904 325-944-1862.