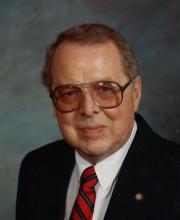 Philip served as an Electronic Quality Control Superintendent in the US Air Force retiring on February 1, 1979 as a SMSGT. During his military service he received multiple Commendation medals. Philip also furthered his education while in the Air Force getting his Bachelor and Masters in Arts, History and Psychology. He attended The University of Colorado, The University of Nebraska at Omaha, The University of Maryland, Angelo State University and was a proud member of the Pi Alpha Theta Honor Society for History. Mr. Kennison was also a special Education teacher at San Angelo Central High School for many years. He was proud to serve his country going to assignments in Japan, Turkey, United Kingdom and here at Goodfellow Air Force Base. Philip loved running, cycling, cooking, fishing, building cabinets, spending time with his kids, grandchildren, great grandchildren and traveling.

Survivors include two sons, Barry Kennison, and Jeffrey Kennison and wife Jana all of San Angelo; a grandson, Cody Kennison of San Angelo; a beloved granddaughter, Stepheny Beecher-Kennison who cared for him and his wife for 15 years and wife Megan of San Angelo; three great grandchildren, Jakolby, Zechariah, and Nicholas; a brother, David Kennison of Denver, Colorado; and a sister, Kathy Barker and husband Bob of St. Paul, MN.