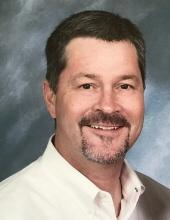 James Patrick “Pat” Harris, 63, of Mertzon, TX, went home to be with the Lord on Saturday, January 23, 2021.He was surrounded by his family as he peacefully passed, after bravely battling Progressive Muscular Atrophy.
Pat was born in Salt Lake City, Utah to Elaine Tunnell and Jim Harris. He spent the early part of his childhood in Midland, TX until his family moved to Brownwood, TX, where he graduated high school in 1976. Pat went on to graduate from Texas Tech University with a Bachelor of Science Degree in Animal Production. He cherished his time at Texas Tech, where he enjoyed competing as a bareback bronc rider on the rodeo team, and where he also met the love of his life, Cindy Mitchell, at a Pike Fest popcorn booth.
Pat began his professional career as an independent petroleum landman, and later transitioned into the pharmaceutical industry. For many years thereafter, he sold pharmaceutical products to large animal veterinarian clinics across Texas, and routinely won sales awards that enabled him and Cindy to travel around the world on company award trips. He rose to a Product Marketing management position for Pfizer’s livestock division, but eventually returned to his love for large animals and building relationships with vets in the field. Pat never lost interest in oil and gas, and after retiring, continued to work as an independent petroleum landman.
In addition to a long and successful professional career, Pat was an avid hunter and rancher. He felt most at home when he was guiding hunts, working cattle, spraying cactus, mending fences, or simply driving around with the windows down on his ranch in Mertzon, TX.
Above all, Pat prioritized his faith and his family. He loved the Lord and especially loved Christian music—he always had a new music video pulled up on his iPhone to share with friends and family. Although Pat traveled frequently for work, he never missed his kids’ games or school activities. They could always count on seeing his smiling face in the stands and hearing his cheers of encouragement.
Pat is survived by his wife of 38 years, Cindy Harris of Mertzon, TX; son and daughter-in-law, Parker and Lee Harris of Houston, TX; daughter and son-in-law, Bradie and Taylor Bradshaw of Evergreen, CO; sister and brother-in-law, Holly and Bill Welsh of Pioneer, TN; and many other beloved relatives. Pat was preceded in death by his father and mother, Jim and Elaine Harris of Brownwood, TX; and his aunt and uncle, Carlotta and Bud Hartman of San Angelo, TX.
Visitation will be held on Saturday, January 30, 2021, from 10AM to 12PM, at Harper Funeral Home in San Angelo, TX, followed by a graveside service at 2PM at Sherwood Cemetery in Sherwood, TX.
For those who wish to send a donation, please consider giving to the ALS Association (alsa.org), a nonprofit organization dedicated to the fight against amyotrophic lateral sclerosis. Progressive Muscular Atrophy is a sibling condition to ALS.
Our family is forever grateful to all of the prayer warriors and to the medical professionals that took such wonderful care of Pat: Dr. Stanley Appel, MD of the Department of Neurology at Houston Methodist; Dr. Cornelius Chinn, MD, Dr. Christopher Vanderzant, MD, and Dr. Robert George, MD of Shannon Medical Center; Debbie Davis, Director of Nursing at Schleicher County Nursing Home; and the entire Schleicher County Nursing Home staff.