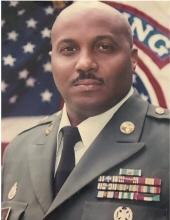 I have fought the good fight, I have finished the race, I have kept the faith.
II Timothy 4:7 NIV