Police said that a drunk driver was responsible for crashing his late model Chevrolet pickup into a telephone pole near the intersection of E. Ave. L and Orient at approximately 5:40 p.m. Tuesday afternoon.

According to San Angelo police, an 18-year-old male was driving a Chevrolet pickup eastbound on Ave. L nearing Orient. Something made him swerve to the right, where the truck’s right fender plowed through a telephone pole, snapping it in half. After the collision, the driver overcorrected to the left and flipped the truck over onto its roof.

When police arrived, they said that the driver reeked of alcohol and he was also under the drinking age. An open container was found in the truck, police said.

Police took the driver into custody and sequestered him near a patrol car while they processed the DWI. While this was happening, the driver’s mother arrived at the scene. Crying to his mother, the driver tried to leave police custody and rush to the arms of his mother. Police had to restrain the driver.

The mother wasn’t pleased and began yelling at him. Not only was the mother mad about the driving while intoxicated, but she yelled that he didn’t have permission to drive the truck either. “Now look at it!” she yelled, pointing to the smashed truck lying on its roof in the middle of the road.

Police booked the driver into jail for Driving While Intoxicated as a Minor, Open Container of Alcohol, and Failure to Maintain a Lane of Traffic.

Police said that the telephone pole held telecommunications transmission lines. Police also found an unloaded shotgun in the cab of the truck, but the investigator said that it was unrelated to the crash or the ensuing incident. 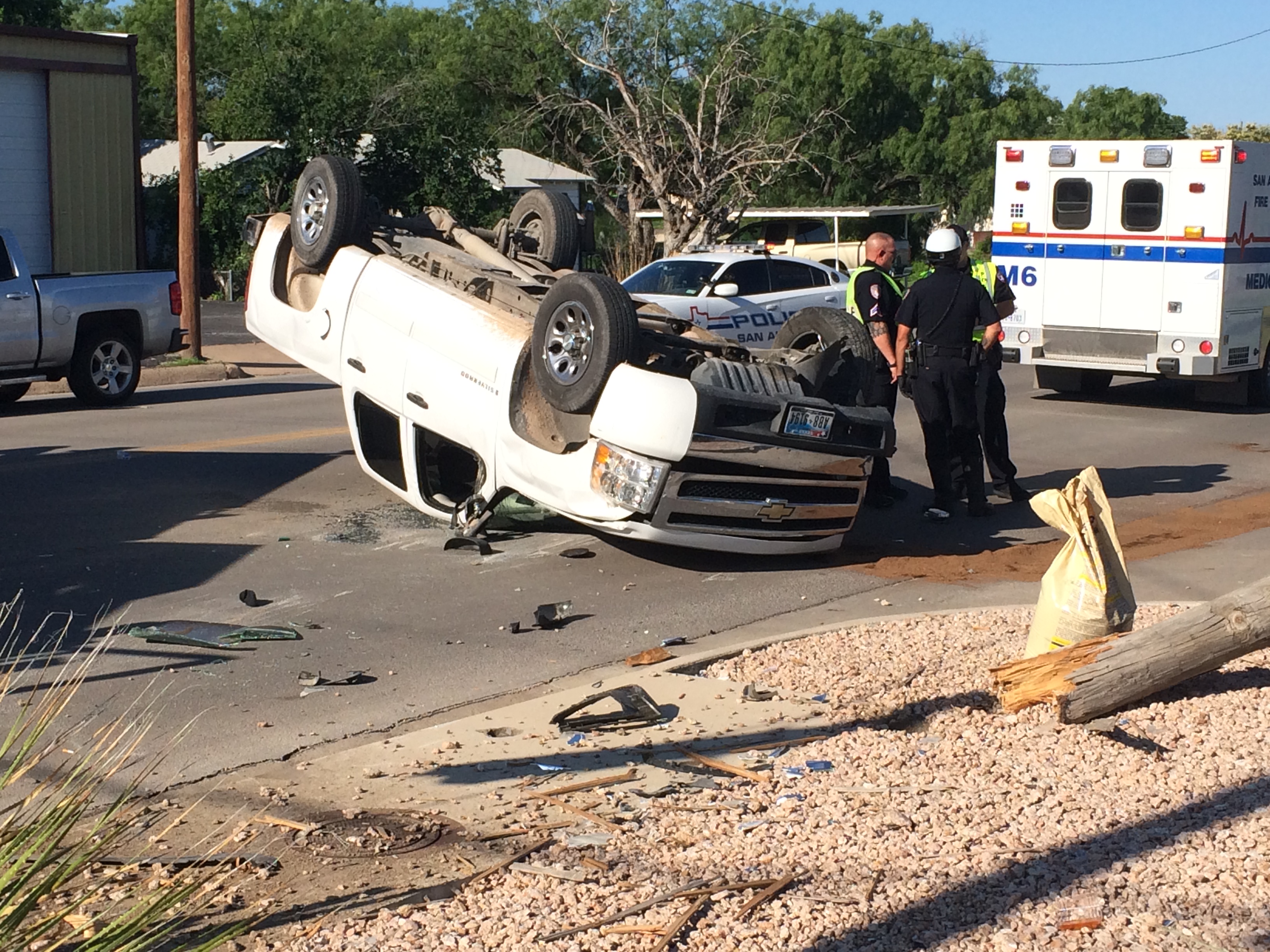 Above: A Chevy pickup snapped a power pole in half near Ave. L and Orient on June 2, 2015. (LIVE! Photo/John Basquez)

how do people do stuff they do

Articles like this make me wonder how people do some of the stuff they do and the situations they get themselves into.

Why put him in jail ? ..... Sounds like releasing him to Mom would be more of a harsh sentence than spending the night in a cell away from her........

Thanks to all the LEOs