WASHINGTON D.C. –– On the eve of the 49th anniversary of Roe v. Wade, pro-life supporters gathered at the nation's capital to March for Life. One of the voices in the crowd was Rev. Bala Anthony Govindu, of the St. Charles Parish in Eden.

Father Bala joined thousands of supporters from across the country to make their voices heard. Father Bala was part of a group of Texans who traveled from Fort Worth fort this event. Walking in freezing temperatures, American's of all ages came together for what is considered the largest anti-abortion protest in the country.

"People want Roe v. Wade to be overturned," said Father Bala."We pray that will happen soon. There are lots of people across the United States marching for life and a lot of support from various groups to end abortion."

In addition to the march, on Thursday Father Bala participated in a vigil mass where hundreds gathered.

"Life is from God and nobody has the right to take the life of a defenseless baby," said Father Bala. "We have to defend the life of the defenseless, especially the unborn. It is the devil who came to steal, kill, and destroy. It is Christ who came to bring life. If we are for Christ, if we are Christians, then for sure we are for life."

WATCH as Father Bala makes his way through the Washington Mall on Friday.

Keep you religion out of medical decisions.

Next the republicans are going to make people require a priest there to authorize your knee surgery to make sure it fits within their ever so changing agenda.

Need I remind you of how "christians" really feel about children? 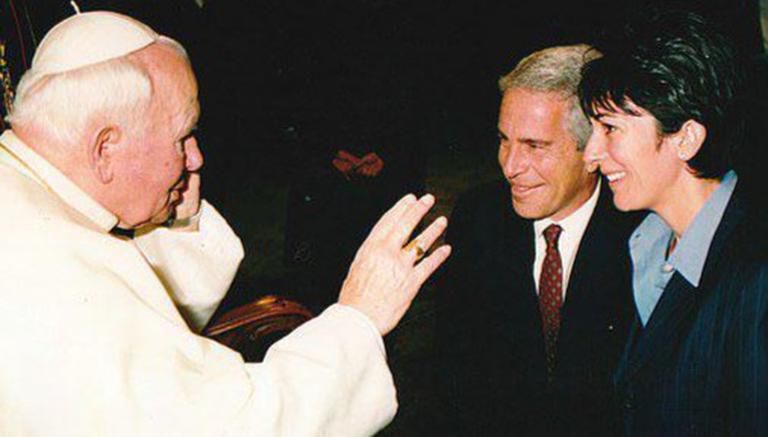 Oops, forgot this too.

"Taxes will SKYROCKET if this passes."

Apparently this is cupcake's real concern over abortion. Cupcake is afraid taxes might go up for him/her/it a few dollars more a year. This is the true value Cupcake places on a baby's life.

See, even republicans are acknowledging taxes will go up. Contrary to their "lower taxes" stance. Just another republicans lie, at least they are admitting they are lying about an issue this time.

Thank you for proving me right again, CGM5

A little insight into the sick mind of a liberal. Because the possibility exists that the unborn child will cause some “undue burden” on the ones responsible or on others, then it’s ok to kill him/her.

That's not what I said.

“Next republicans are going to make people require a priest there to authorize your knee surgery to make sure it fits within their ever so changing agenda.”

You give republicans an inch and they will attempt to take over the government because of a fake fraud that they themselves can't even find evidence of.

You say you are against "big government", yet here you are trying to regulate and ban medical procedures. If you were to get your way on that, then you would need the next thing to be outraged over, it's a never ending cycle with republicans encroaching on peoples lives through government.

How many times do I have to explain it. There’s another human life involved…separate and unique ;)

Then if it is for the children, why do you support an institution that sexually assaults children like the "catholic church" does?

There is another life involve when your priests are sexually assaulting children too you know.

Or maybe try taking the red pill the blue one’s not working ;)

That's a movie, fiction. You are aware of the difference between reality and fiction correct?

I wasn’t raised religious. How were you raised? By a pack of hyenas?

So do you or do you not support the catholic church? Yes or No?

If you refuse to answer we will take that as an automatic YES.

Not Catholic I’m a Baptist ;)

So you support the misdeeds of the church then. Thought so.

So it isn't about "the children" Or "life separate and unique", it's about being against what your people told you to be against.

So ignorant! What I support is what this article is about the individual right to stand up for what you believe in…that was before you hijacked it with your hate-filled, anti-religious BS.

You support what the church has done and you are getting upset and crying at me?

Oh and I also share Rev. Govindu’s support for the Right to Life but you know that already ;)

"Right to life", yet republicans murder people because they annoy them,

"Right to life", yet republicans murder people because they annoy them,

Always just a matter of time before MeMe’s true character is revealed probably just upset over her utopian socialist wet dream coming to an end ;)

In your own words define "socialism", I bet you will refuse like you have several times in the past, because you have no idea what it even means, you are only using that "buzzword" because the people who control you tell you to use it.

No you support killing babies ;)

That will be the day you’re a NOBODY ;)

You didn't say no, I guess the rumors about you are true then.

Grow up you disgusting POS

I guess this confirms it.

More poor attempts at insults, all you ever have.

I'm disgusting? You are the one who has admitted to supporting what catholic priests are doing.

Why do you subject yourself to this? You can leave at any time.

Isn't that what you say to me?

I just took a page out of your playbook,

"I have to admit mocking you leftist morons is fun!" -BLANCO9

Looks like you can dish it out, but can handle it when someone throws it back at you. Let this be a lesson to you.

You’re right I did learn a lesson…and I’m sure everyone else reading this did as well ;)

"all about the children" yet you people threaten to shoot up schools if they have to wear a mask,

The “quiet part” that demo libs will never admit to is that there’s a strong eugenics component to abortion always was and always will be ;)

Guessing those following along missed the part where MeMe, because I support the Right to Life, repeatedly accused me of supporting “baby rape”, and then spent a substantial amount of time editing it from her comments lol.

Here is how republican really feel about children,